Freshman quarterback Skyler Perry completed 18-of-33 passes for 257 yards and threw three touchdowns while junior running back Taeyler Porter finished with a season high 173 yards on the ground and scored two rushing touchdowns.

The Golden Lions football team led 27-13 in the fourth quarter before giving up 21 unanswered points as it trailed 34-27 with just minutes remaining in the game. Perry drove his team down the length of the field and connected with freshman DeJuan Miller for a touchdown as time expired. Senior punter/kicker Jamie Gillan buried the extra point with no time on the clock to force overtime. 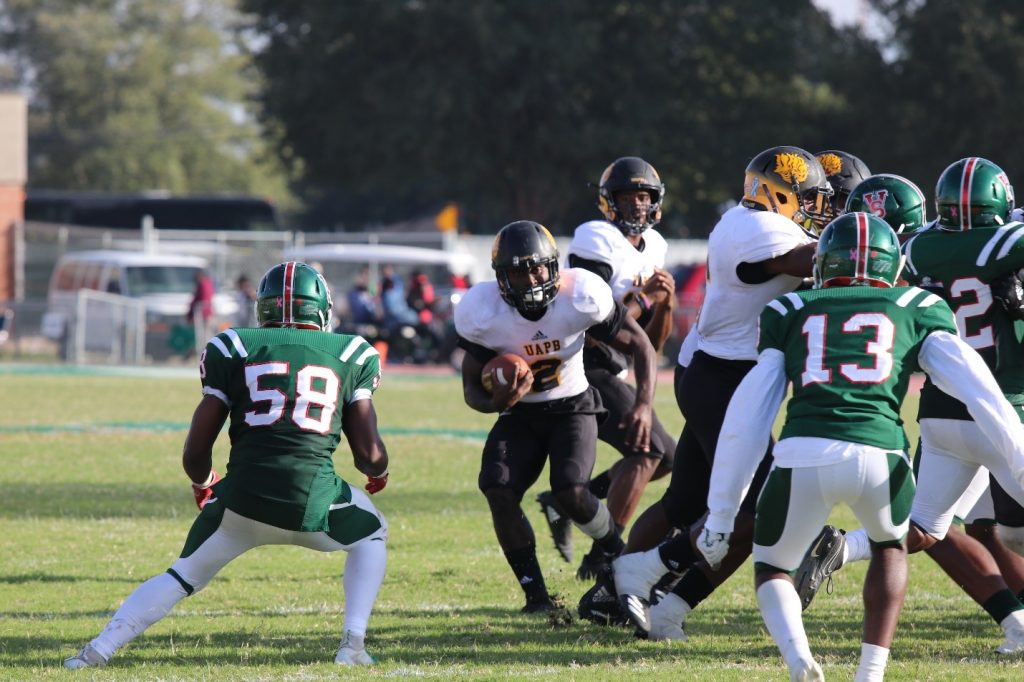 On the defensive end, linebacker Je’Kevin Carter generated his second straight interception return for a touchdown in as many games and finished with eight total tackles while teammate A.C. Gilliam finished with a team-high 10 tackles.