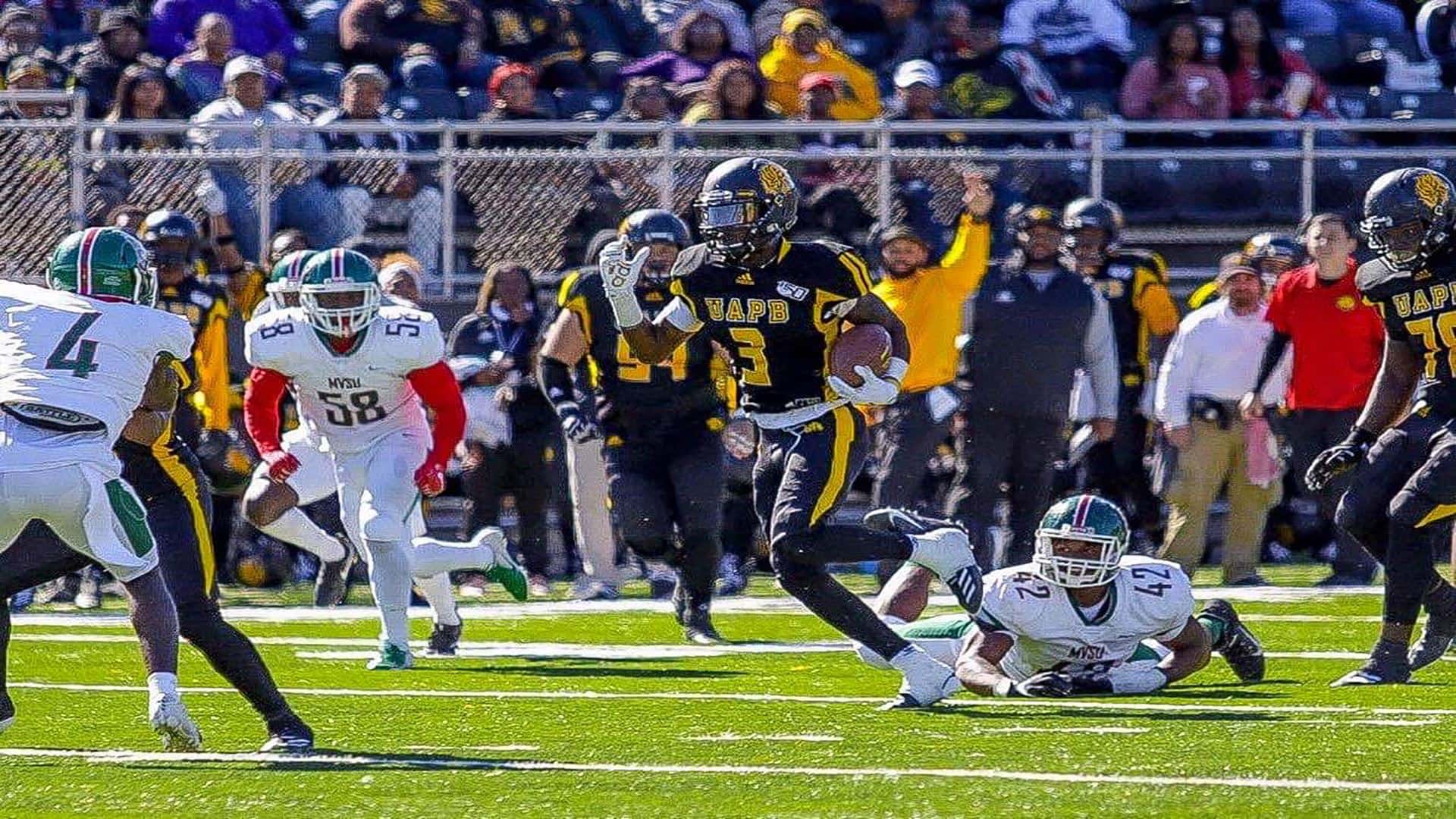 The University of Arkansas At Pine Bluff football team was picked to finished fourth in the league’s western division as the Cricket Wireless SWAC Football Media Day wrapped up Thursday.

UAPB was picked behind Southern, Grambling, and Prairie View A&M and ahead of Texas Southern in the divisional standings.

“We’re looking to build upon the way we finished a year ago,” Gamble said of the 6-5 finish in the fall of 2019, the program’s first winning season since 2012. “We have several guys coming back that we feel really good about. For us, we’re looking forward to taking the next step in moving forward, trying to get to the upper echelon of our conference.”

With spring classes beginning Monday, football student-athletes returned to campus for the first time since before Thanksgiving.

With the 2021 calendar presenting a six-game spring football season from February to April, combined with the full 11-game fall slate that begins in September, how Gamble and the Lions physically prepare will be essential.

“It won’t be a traditional training camp where you do a lot banging,” said Gamble of on-field preparation which begins January 29. “For us, it’s about being healthy, getting healthy, and getting to the next day. You have to block and tackle, but how much of that you do during the season (will be monitored). You have to prepare for each week, of course, and each week will be a grind, but you also have to think about down the road as well.”

After alternating starters and snaps during the 2019 season, combined with offseason transfers, junior quarterback Skyler Perry (6-3, 197; Jr., New Orleans, La.) will be the starter. He has thrown for more than 2,500 yards and 16 touchdowns in his first two seasons.

“He’s played a lot of football and a ton of snaps from the first time he got here on campus,” said Gamble of Perry, who played in 10 games as a true freshman with eight starts and nine games with three starts last season. “His best days are still ahead of him. He’s our quarterback, and we have some young ones in the wings that will push him…It’s his job to lose. He brings something to the table we really like. He’s a natural leader, and guys really, naturally gravitate to him. We feel really good about him.”