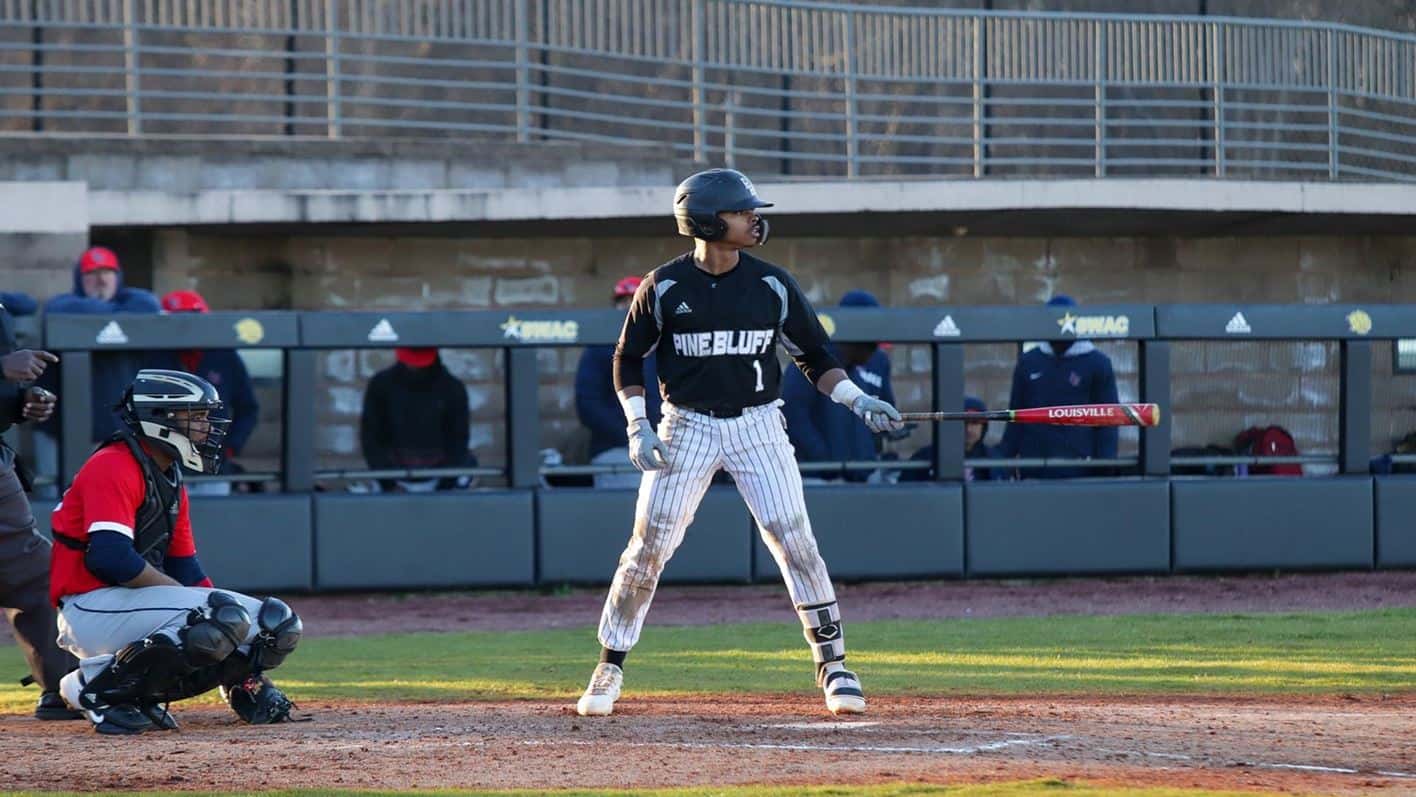 The University of Arkansas at Pine Bluff baseball team heads to Wichita, Kan. in a midweek game against Wichita St. Tuesday at 1 p.m at Eck Stadium.

This will be the first meeting between the two programs since 2009 when the Shockers defeated the Golden Lions two games to one in a three-game series.

Fans can get live stats via uapblionsroar.com or on the free UAPB Athletics App.

The Golden Lions are coming off a series win against Lane College in their home opener at the Torii Hunter Baseball Complex.

In game three versus Lane College, true freshman, Rocky King (1-0) through a complete-game shutout in the 8-0 win with eight strikeouts.

The Shockers are coming off a three-game sweep against Texas Southern this past weekend.

Wichita St. is led by Couper Cornblum at the plate, with a batting average of .368 and Preston Snavely on the mound with a 1.32 ERA and 20 strikeouts in two appearances.