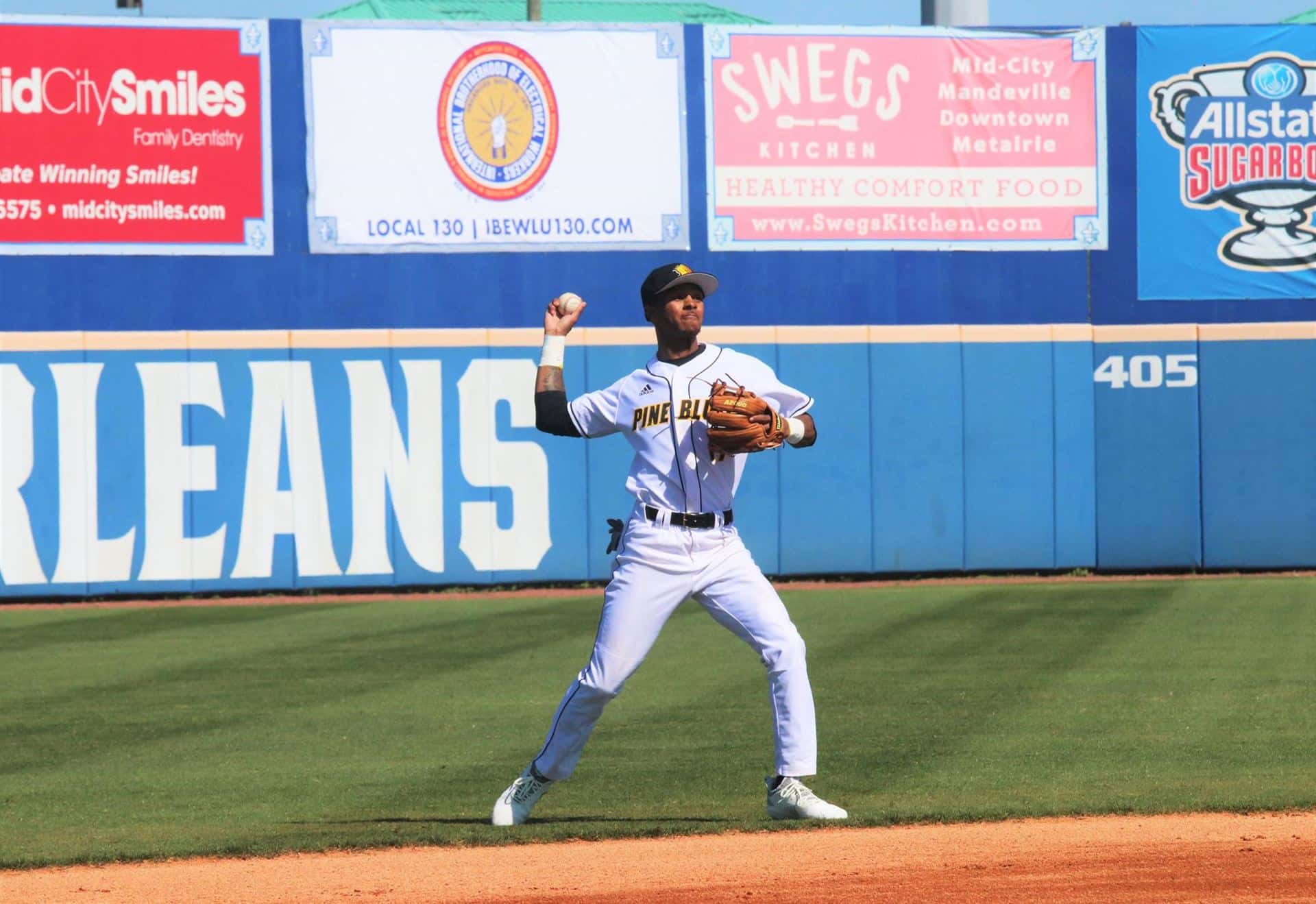 PINE BLUFF, Ark.-  The University of Arkansas at Pine Bluff baseball team swept Lane College in game two, 14-4, and 8-0 in a Saturday doubleheader at the Torii Hunter Complex.

Lane jumped on the board first, scoring two runs in the top of the second inning before the Golden Lions responded by scoring six runs in the bottom of the second inning. Senior Nick Kreutzer led off with a single to right field, followed by senior Larry Sims singled to left field, and Andrew Szalkowski singled to short to load the bases. Kreutzer would score on a wild pitch to put the score at 2-1. Sophomore Brandon Simon singled to shortstop, scoring Sims to tie the game at 2-2.

The Golden Lions kept the rally going when redshirt sophomore Braelin Hence reached third on a throwing error, scoring Simon to put the score at 3-2. Senior Justin Robinson singled to right field scoring Hence to cut the lead to 4-2. After stealing second, Robinson would score when junior Jarficur Parker reached on an error to push UAPB lead to 5-2. Junior Humberto Maldonado then doubled to left field, scoring Parker to give the Golden Lions a four-run lead at 6-2.

In the bottom of the third inning, UAPB would add one run when Simon reached on an error, then advance to second on a single by junior Jackson Rehkow moving Simon to third, and a fielder’s choice by Robinson would score Simon to put the score at 7-2.

The Dragons would go to add one run in the top of the fourth to cut the Golden Lions lead to four at 7-3.

In the bottom eighth inning, Hence advanced to first after being hit by a pitch, followed by two consecutive bunt singles by Robinson and Parker to load the bases. Maldonado came up big with a grand slam over the left-field to give UAPB an 11-4 lead. Kreutzer followed with a double to right field, followed by Sims double scoring Kreutzer to give UAPB a 12-4 lead. Simon would answer with another double to right field, scoring Sims to push the lead to 13-4. Sims would advance to third on a ground out from Rehkow and would seal the game with a 10-run rule win on a wild pitch.

Freshman Rocky King pitched a complete game, giving up only two hits and eight strikeouts in his home debut.

Both teams went scoreless the first three innings before the Golden Lions scored two in the bottom of the fourth inning. Senior Bryce Roesch singled to center field before senior Austin Krzeminski homered to left field to the Golden Lions a 2-0 lead.

UAPB added two in the bottom of the fifth inning when Parker doubled to center field scoring Robinson, who walked. The Golden Lions would tack on another run when Roesch singled to left field, scoring Parker to take a 4-0 lead.

In the bottom of the seventh inning, Parker reached base after being hit by a pitch, then advanced to second on a wild pitch. Roesch then reached base on a throwing error, scoring Parker to give UAPB a 5-0 lead. Roesch would advance to third on a balk and pushed UAPB’s lead to 6-0 on a wild pitch.

The Golden Lions would add two more runs in the bottom of the eighth inning for the shutout. Freshman Brady Moorman started the inning with a single to right and advanced to second on an error. The Golden Lions would take advantage of the Dragon mistakes when Parker was hit by a pitch, followed by an error, scoring Moorman and Parker for the final margin.

World Cup live updates: US defeats Iran to advance to knockout round

Astros and Phillies to face off in 2022 World Series