UAM Sports Hall of Fame to induct the1979 Football Team

The University of Arkansas at Monticello’s 1979 Arkansas Intercollegiate Conference Championship Football team will be inducted to the UAM Sports Hall of Fame in October.

The team will be inducted at the annual Hall of Fame Banquet on October 17 at 6 p.m. in the John F. Gibson University Center Green Room. Tickets are $35 and may be purchased by calling the Department of Athletics at (870) 460-1058. 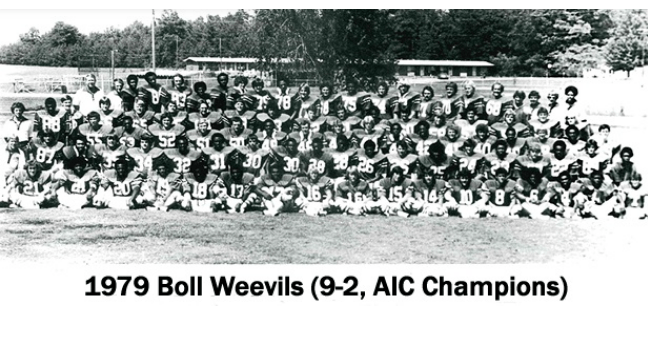 The 1979 Boll Weevils won the AIC with a record of 9-2 and laid the foundation for the school’s football success in the 1980s and early 1990s. The late Harold Tilley, who was named the AIC and NAIA District 17 Coach of the Year coached the ’79 Weevils.

The team will also be recognized at halftime of the Boll Weevils vs. Southern Nazarene University football game on Saturday, October 19 at 3 p.m. as part of Homecoming and Hall of Fame Day.