According to State Department officials, U.S. Ambassador to Russia Jon Huntsman has visited a U.S. citizen detained in Russia, and expressed support for him by offering the embassy’s assistance. It is unusual for the U.S. ambassador to be the one to make that consular visit, which is usually handled by embassy staff.

The gesture was a strong show of support for Paul Whelan, who was arrested on Friday by Russian authorities and accused of spying by Russia’s Federal Security Service, or FSB. Whelan’s twin brother, David Whelan, also confirmed that State Department officials visited Whelan and said he was told that his brother is doing relatively well. Whelan is being held at the Lefortovo Detention Facility, named after the Moscow district where it is located, with many spies and political prisoners as inmates. It was once run by the FSB, the successor to the KGB.

State Department officials declined to comment any further on Whelan’s case due to privacy concerns, but officials have stated: “we have expressed our concern about the delay in consular access through diplomatic channels.” 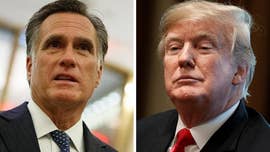 As US ambassador meets with American accused of Moscow spying, specifics on his arrest are sought

Via www.foxnews.com
The American government is aggressively pursuing specific and direct answers about the arrest of…
01/02/2019 4:04 PM