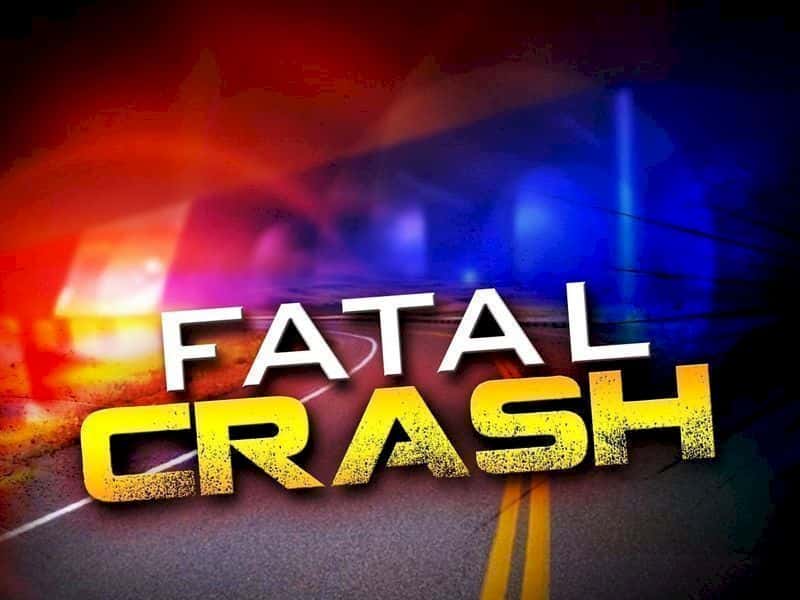 Two Deltaplex area teens were killed Saturday morning in an automobile accident at 4:45 a.m. in the Calmer Community on Highway 63 in Cleveland County according to a report from the Arkansas State Police.

According to the report, 18-year-old Kaylynn Jade Hartley of White Hall was driving a 2016 Honda Accord northbound on Highway 63 when she crossed the center line hitting a 2020 Hyundai SUV driven by 50-year-old Joseph Gonzales of Houston, Texas in the driver’s side before coming to a rest on the highway.

18-year-old Hunter Thompson of Rison, a passenger in Hartley’s vehicle, was also killed in the accident.

Both Hartley and Thompson were pronounced deceased at the scene by the Cleveland County Coroner.

Gonzales was transported to a local hospital for treatment following the accident.

The Arkansas State Police report that the weather was clear and road conditions were dry at the time of the accident. This was the 387th fatal accident on Arkansas highways this year. 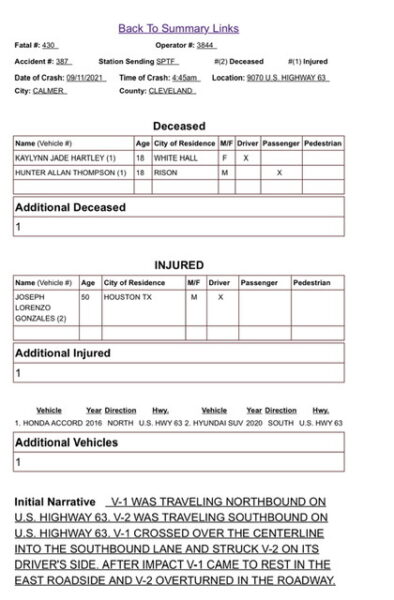