Authorities say that two Chicago police officers were killed Monday after being struck by a metro train. Officers Conrad Gary and Eduardo Marmolejo were responding to a shots fired call on the city’s South Side when a passing train hit them, Chicago police Superintendent Eddie Johnson told reporters. The train had been traveling at 60 mph to 70 mph, he said. A suspect was ultimately taken into custody and a gun was recovered, Johnson said.

Gary, 31, had been on the force 18 months. Marmolejo, 37, joined the department 2 1/2 years ago, Johnson said. The men, both fathers, lost their lives just a week before Christmas.”This holiday will never be the same for those two families,” Chicago Mayor Rahm Emanuel said. “And while our hearts are with them, we lost people who answered the call to make Chicago a better place.” 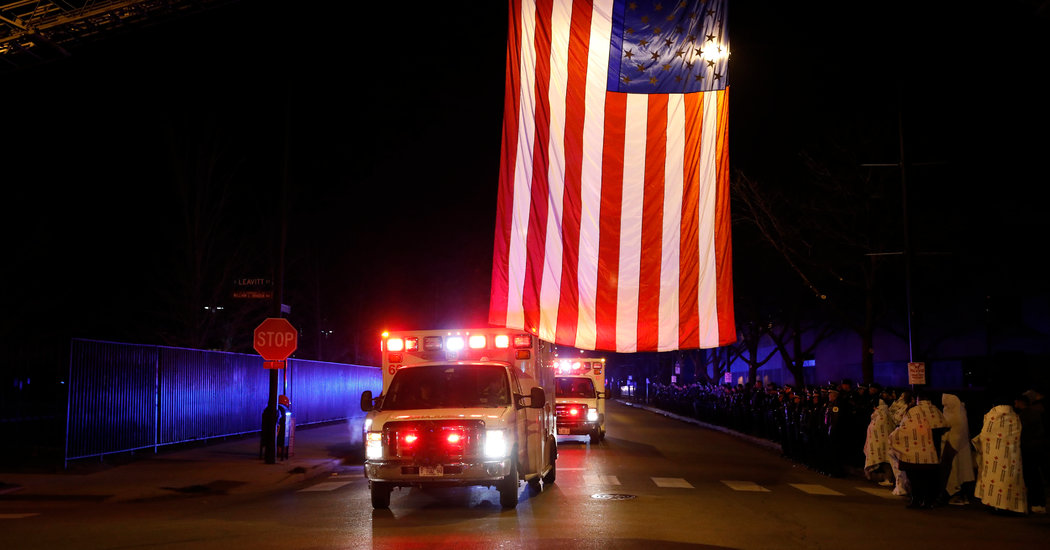 Via www.nytimes.com
guiding to the morgue the bodies of two Chicago police officers who were struck and killed by a…
12/18/2018 11:53 AM