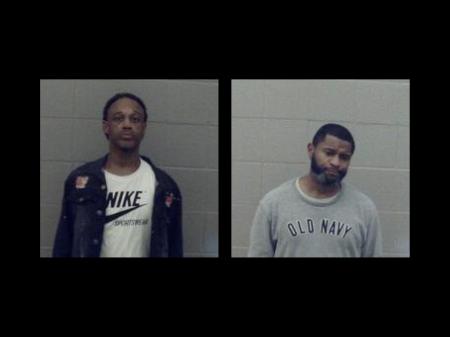 Two Pine Bluff men arrested Tuesday after a reported theft at a business will have to post $7,500 cash-only bonds to be released from the adult detention center while formal charges are filed against them.

During the court hearing, Deputy Prosecutor Beth Carson said officers were sent to the Dollar Tree on Olive Street where an employee reported that a man later identified as Heard had left the store with two baskets of products. The clerk was able to give police a license plate number for a vehicle the man got in that left the scene and it returned to a house on Adventure Drive.

Carson said police went to the house to see if they could locate the vehicle.

Heard has two pending cases involving drug-related offenses and Williams has a pending case of second offense third-degree domestic battery and violating an order of protection. The Public Defender’s Office was appointed to represent both men.