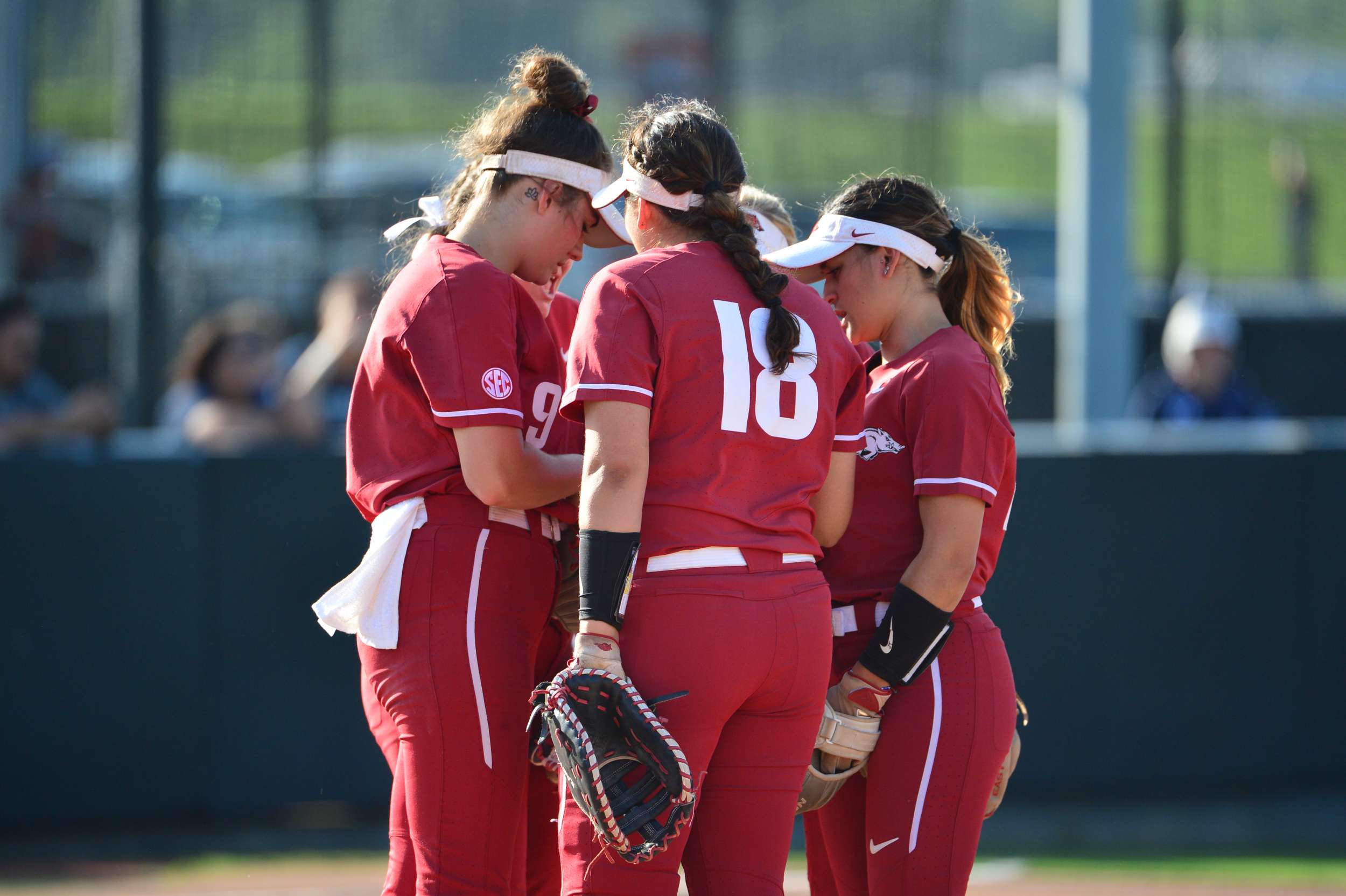 STILLWATER, Okla. – The University of Arkansas softball team dropped game one of the Stillwater Regional on Thursday evening, unable to recover from a five-run seventh inning by Tulsa and falling to the Golden Hurricane, 5-0.

Five errors, three in the seventh inning alone, plagued the Razorbacks and allowed five Tulsa runners to cross the plate.

Arkansas threatened the Tulsa defense multiple times, with runners in scoring position in the first, fourth and fifth innings. Seven Razorbacks were left stranded over the course of the game.

Senior Ashley Diaz and sophomore Danielle Gibson each recorded two hits in the loss. Diaz and Gibson have combined for 33 multiple-hit games this season, with 17 from Diaz and 16 from Gibson.

Junior Autumn Storms earned the start and recorded the loss. In her 14th complete game of the season, Storms recorded six strikeouts and gave up no walks in her fifth-straight appearance.

The Razorbacks drop into the elimination bracket and will face the non-advancing team of the Oklahoma State-BYU match up Thursday night.