Travis Scott Is Giving Away $100K To His Fans

On Tuesday August 14, Travis Scott announced via Twitter he’d be giving away $100,000 to anyone who can recite some lyrics from Astroworld.  “SO I KNOW ITS HARD FOR THE KIDS,” he wrote in all caps. “SO I DECIDED TO UNLOAD MY BANK ACCOUNT ON U GUYS. IM BUSTING DOWN $100,000 AND GIVING AWAY TO ANY FANS THAT CAN TWEET ME THERE CASH TAG WITH LYRICS FROM ASTRO. GANG !!”  As of press time, Scott has received over 27,000 comments from people hoping to get a little of that money. Astroworld debuted at No. 1 on the Billboard 200 chart earlier this week, knocking out Drake’s Scorpion, which held the coveted spot for the previous five weeks. 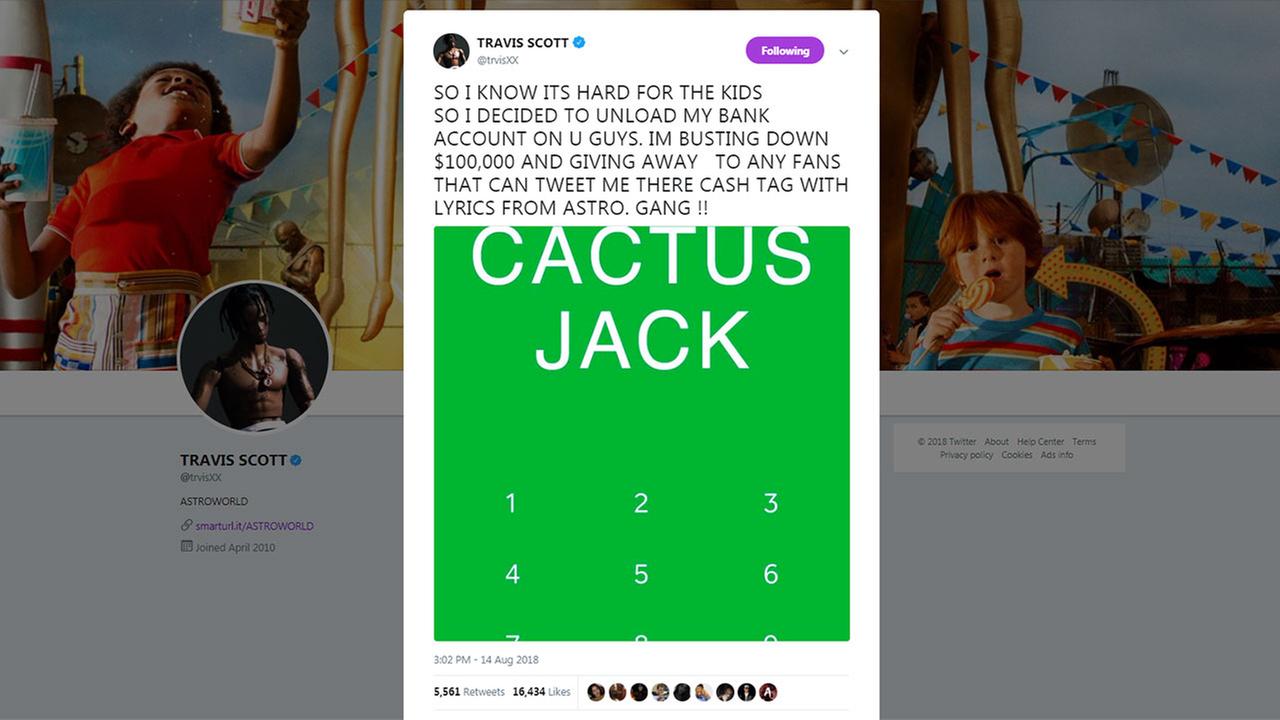 Houston rapper Travis Scott giving away $100,000 to fans on Twitter

‘Insecure’ showrunner Prentice Penny teases series’ final season, why fans may not be “satisfied” with ending