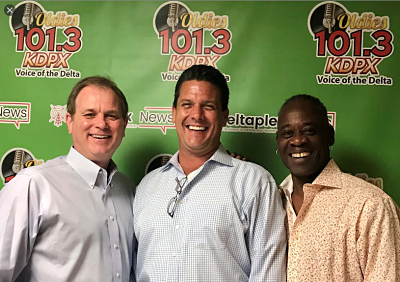 Second Ward Alderman Win Trafford said Thursday there will be a lot of jockeying for the revenue the city will be receiving from the Saracen Casino but using some of it to raise the salaries of police and firefighters to stop them from leaving for other jobs that pay more should be a priority.

Appearing on the Oldies 101.3 morning show, Trafford was asked about revenue projections from the casino.

After representing Ward 2 for the last 4 years, Trafford did not seek reelection and will be leaving the council Dec. 31. He was asked what was next for him.

Asked if there was one piece of legislation that was approved that he was most proud of, Trafford answered this way.

He went on to say that he would like to see the council and the mayor work together a little more in the future. Trafford said it was OK for everybody to have their own agenda but when they do things that are not in the best interest of the entire city, they need to step back and look to come together for the common good.

Trafford will be replaced on the council by Steven Shaner, who will take office Jan. 1 and said he believed Shaner would do a good job.