The New England Patriots reportedly will add a number of performance-related incentives into his contract for the 2018 and 2019 seasons; the incentives will allow the five-time Super Bowl winner to earn up to $5 million more this season. According to reports, Brady’s base salary of $14 million for the 2018 season puts him fifth in the NFL among quarterbacks behind Minnesota’s Kirk Cousins ($22.5 million), Green Bay’s Aaron Rodgers ($19.8 million), Seattle’s Russell Wilson ($15.5 million) and Carolina’s Cam Newton ($14.5 million). Thus Brady’s contract represents a bargain for the Patriots, considering that the 41-year-old was the league’s MVP last season—the third time he’s won the award. 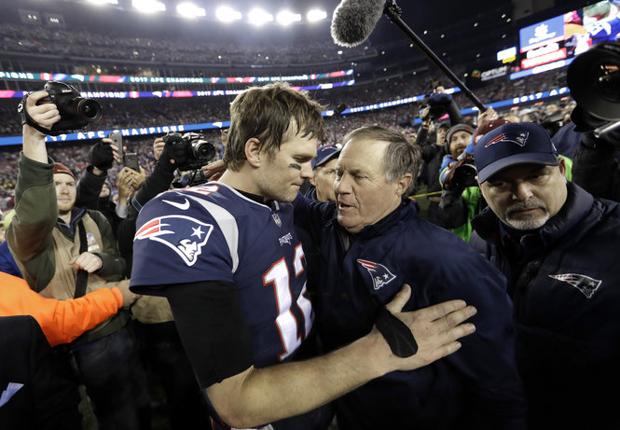 Via blog.masslive.com
According to ESPN’s Adam Schefter, the Patriots are expected to add performance-based incentives…
08/09/2018 3:50 PM

Tom Brady reveals newfound motivation with Buccaneers, how much he earned per signed rookie card

Tom Brady, Patrick Mahomes speak out before facing off in Super Bowl LV