The Ramones will release an expanded deluxe 40th anniversary edition of their classic 1979 live album, “It’s Alive”, on September 20 containing the band’s New Year’s Eve 1977 show at the Rainbow Theatre in London alongside three unreleased concerts from the same week of the UK tour, including a December 28 gig at Top Rank in Birmingham, a December 29 performance at Victoria Hall in Stoke-On-Trent, and a December 30 stop at Friars in Aylesbury.

“It’s Alive: 40th Anniversary Deluxe Edition” will be produced in a limited and numbered edition of 8,000 copies,.  The project, to be released Fall 2019, marks the first time that “It’s Alive” has been released on vinyl in the US.  It will also be available through digital and streaming services.

“It’s Alive” just dropped audio of a previously-unreleased version of “Blitzkrieg Bop” from the Top Rank show in Birmingham. Check it out at the link here. 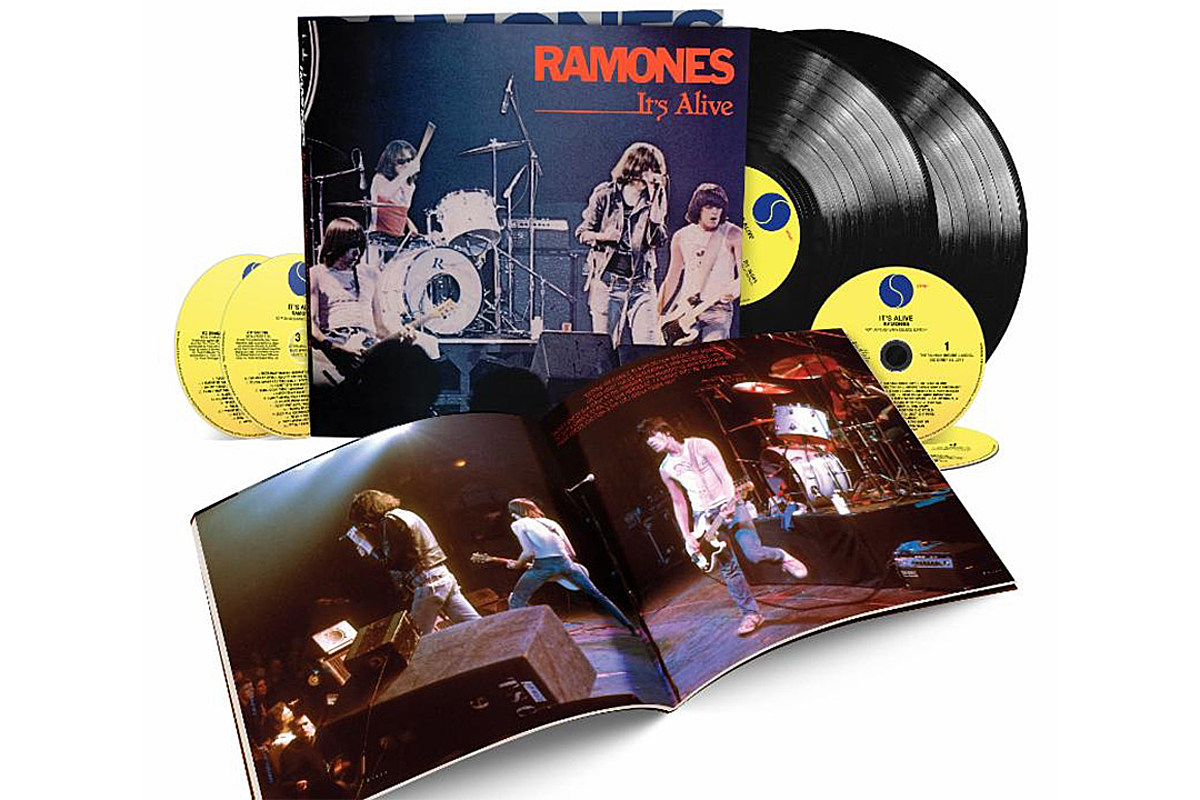 Via ultimateclassicrock.com
It’s Alive: 40th Anniversary Deluxe Edition includes all four concerts that were…
07/25/2019 8:28 AM