The Duchess Of Sussex (Meghan Markle) Coat Of Arms Unveiled

Kensington Palace announced that The Duchess of Sussex has been bestowed with a coat of arms, days after her royal wedding to Prince Harry. The coat of arms was designed by the College of Arms and approved by Britain’s Queen Elizabeth, and is emblazoned with personal touches like the golden poppies from her home state, California, and wintersweet, which grows at her new residence, Kensington Palace. The blue background of the shield itself signifies the Pacific Ocean off the California coast, while the two golden rays across the shield are symbolic of the Golden State. In a statement, Kensington Palace said: “It is customary for Supporters of the shield to be assigned to Members of the Royal Family, and for wives of Members of the Royal Family to have one of their husband’s Supporters and one relating to themselves. The Supporter relating to The Duchess of Sussex is a songbird with wings elevated as if flying and an open beak, which with the quill represents the power of communication.” 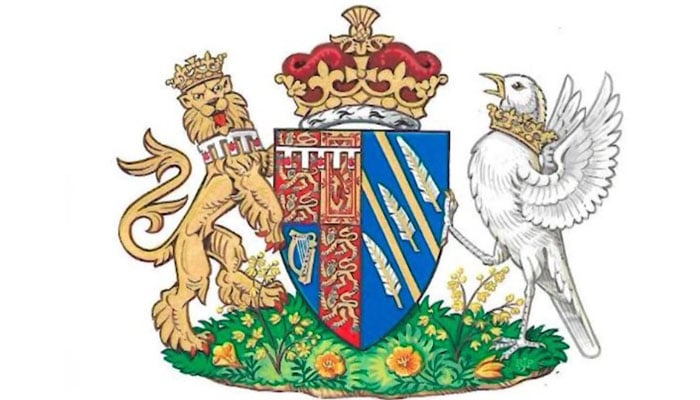 “Not an easy decision”: Meghan McCain announces departure from ‘The View’