The Day That Shook The World

At 8:45 a.m. on September 11, 2001, an American Airlines Boeing 767, Flight 11, collided into the World Trade Center’s north tower in New York City immediately killing hundreds of people and trapping hundreds more in the 110-story skyscraper. Only 18 minutes later, a second Boeing 767, United Airlines Flight 175, flew into the south tower. Both towers afire, burning debris covered the surrounding buildings and the streets below while hundreds jumped from the towers to their deaths in an attempt to escape. About 30 minutes later, a third plane, American Airlines Flight 77, crashed into the west side of the Pentagon near Washington, D.C. and a fourth plane, United Flight 93, crash-landed into a field in Pennsylvania killing all 40 souls on board. Meanwhile, both World Trade Center towers collapsed into a terrifying and deadly inferno of rubble. 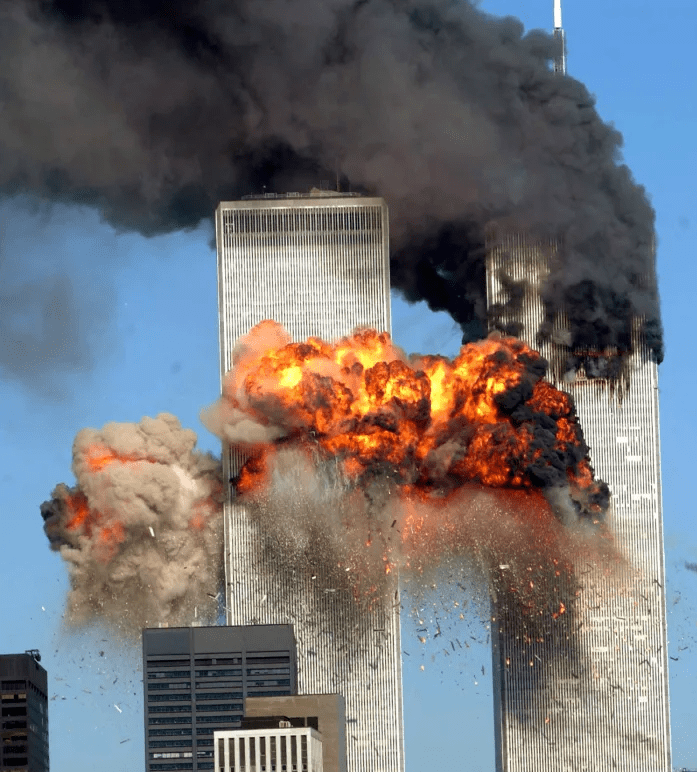 On September 11, 2001, sitting President George W. Bush addressed the nation with a formal statement, “Terrorist attacks can shake the foundations of our biggest buildings, but they cannot touch the foundation of America. These acts shatter steel, but they cannot dent the steel of American resolve.” Eleven days later, the Office of Homeland Security in the White House coordinated a comprehensive national strategy to safeguard the country against terrorism and respond to future attacks. Operation Enduring Freedom, the American-led international effort to oust the Taliban, began on October 7, 2001. Although the Taliban was weakened, the war continued and Osama bin Laden, the mastermind of the 9/11 attacks, remained at large for nearly a decade.

On May 2, 2011, U.S. Special Forces SEAL Team Six invaded bin Laden’s fortress in Abbottabad, Pakistan and took down bin Laden. Sitting President Barack Obama stated, “The death of bin Laden marks the most significant achievement to date in our nation’s effort to defeat al Qaeda.” He added, “his demise should be welcomed by all who believe in peace and human dignity.”

At the hands of 19 militant terrorists associated with the Islamic extremist group al-Qaeda headed by Osama bin Laden, more than 3,000 people (including more than 400 police officers and firefighters) were killed and more than 10,000 others were wounded during the attacks on 9/11. It was the deadliest terrorist act in U.S. history and the most devastating foreign attack on American soil since the attack on Pearl Harbor.

September 11th is now known as “Patriot Day” in the United States and is observed as the National Day of Service and Remembrance of the victims of the 9/11 attacks. Across the country, numerous events are held on this day to honor the loss of thousands of lives. There are also three somber and beautiful memorial sites dedicated to remembering the victims of 9/11: 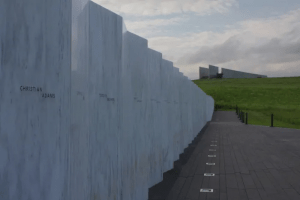 The Flight 93 National Memorial is located at the site of the crash of United Airlines 93 about 2 miles north of Shanksville, Pennsylvania where 40 passengers and crew died. 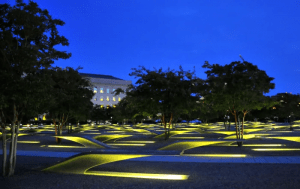 The National 9/11 Pentagon Memorial in Arlington, Virginia honors the loss of 184 people who died.

A Callery pear tree became known as the “Survivor Tree” after enduring the September 11, 2001 terror attacks at the World Trade Center. In October 2001, the tree was discovered at Ground Zero severely damaged, with snapped roots and burned and broken branches. The tree was removed from the rubble and placed in the care of the New York City Department of Parks and Recreation. After its recovery and rehabilitation, the tree was returned to the Memorial in 2010. New, smooth limbs extended from the gnarled stumps, creating a visible demarcation between the tree’s past and present. Today, the tree stands as a living reminder of resilience, survival and rebirth.

Courthouse to close Friday and Monday for Memorial Day holiday

White Hall plans drive through Memorial Day program on May 25