The Beatles’ self-titled album — referred to as the White Album — re-entered the Billboard 200 chart at No. 6 following its 50th anniversary reissue on Nov. 9. According to Nielsen Music, the set climbs back onto the tally with 63,000 units earned, in the week ending Nov. 15. Of that sum, 52,000 were in traditional album sales.

The White Album, first released in 1968, was remastered and reissued in a variety of formats. The set originally spent nine nonconsecutive weeks at No. 1 on the Billboard 200 between Dec. 28, 1968 and March 1, 1969.  The White Album includes such Beatles classics as “Ob-La-Di, Ob-La-Da,” “While My Guitar Gently Weeps” and “Blackbird.”

The Billboard 200 chart ranks the most popular albums of the week in the U.S. based on multi-metric consumption as measured in equivalent album units. 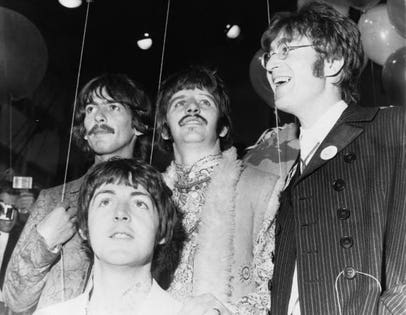