The 91st Annual Oscars: Full List Of Winners From The 2019 Academy Awards

“Green Book,” about a white chauffeur and his black client in segregation-era America, won best picture and two other trophies, despite controversy and mixed critical reviews.

“Bohemian Rhapsody,” the biopic about Queen and its frontman, the late Freddie Mercury, received the most Academy Awards — four — with wins for Rami Malek as Best Actor, and awards for editing, sound mixing and sound editing.

“Roma,” about a domestic worker in 1970s-era Mexico City, won three Oscars, including best director and cinematographer for Alfonso Cuarón.

“Black Panther” went home with three Oscars, and the Dick Cheney biopic “Vice” received one, for hair and makeup.

“The Favourite,” which had 10 nominations going into the night, tying “Roma” for the most, also left with one Oscar, for Olivia Colman as Best Actress, upsetting the favorite in that category, Glenn Close for “The Wife.”

“A Star Is Born,” the hugely popular and critically acclaimed remake, was largely shut out during all of award seasons. However the song “Shallow,” the duet between Lady Gaga and Bradley Cooper that serves as the centerpiece of the film, won the award for best song.

This was the first Oscars show in 30 years to not have a host. Comedian Kevin Hart stepped down in December after controversy erupted over some of his old social-media posts. 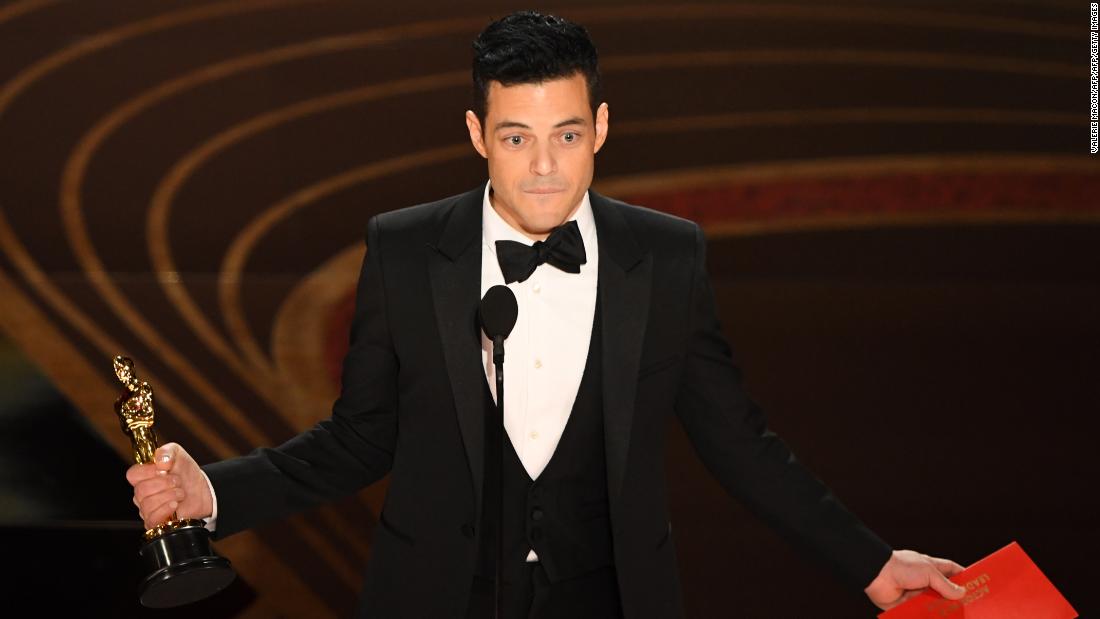 See who took home an Oscar