Tara Reid made headlines when it was reported that she was removed from her flight from LAX to New York City this week, coming after reports of a “disagreement with flight attendants.” But now Reid is explaining her side of the story. “They wouldn’t let the dog sit next to me, so I wasn’t going to stay on the plane,” said Reid. “Of course everyone made a big deal about it… I’m kind of used to that in my life. They always kind of pick on me.” Video of Reid being asked to leave the plane was posted on TMZ and other websites, and initial reports said that Reid was upset that she was given the wrong seat, and not given a pillow. Meanwhile, Reid is back to work, and the actress posted a photo of herself on a movie set with director Steve Stanulis on Tuesday. “On the set of ‘Fifth Borough’ with my amazing director Steve Stanulis!” Reid captioned the picture, which featured the star smiling as Stanulis hugged her. 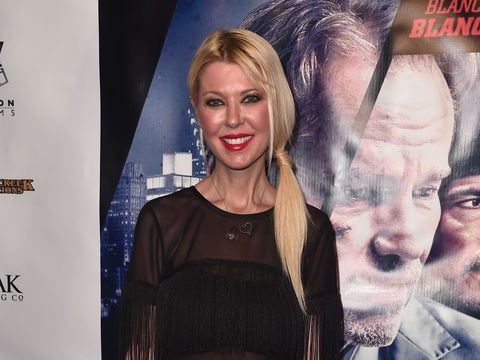 Josh Duggar requests to be released on bail, claims he’s not a flight risk