On Tuesday, the Tampa Bay Buccaneers released the first photos of their new QB Tom Brady in the team’s uniforms, which were redesigned this offseason. When Tampa Bay first shared its new look in April, Brady was not among the players who modeled the outfits,

Brady has now been with the Buccaneers for three months. With the NFL still conducting its offseason in a virtual manner and not holding in-person organized team activities or minicamps, Brady gathered teammates in May for a workout at a local high school. Buccaneers coaches returned to the team’s facility on Monday for the first time since the NFL shut down locations in mid-March. Players are still not permitted to enter facilities unless are rehabilitating injuries. 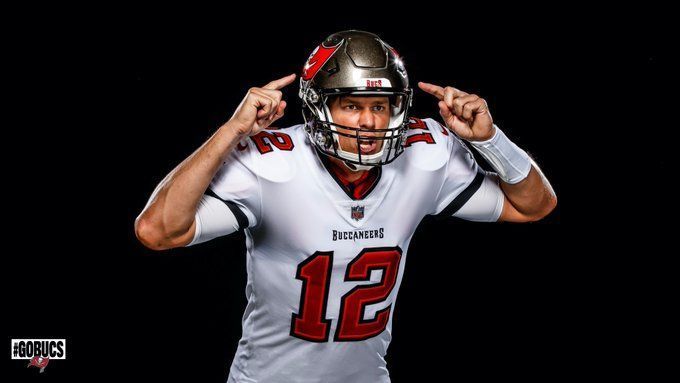 Via www.espn.com
The Buccaneers released photos Tuesday of quarterback Tom Brady in his new uniform of red, white…
06/16/2020 5:00 PM

Man arrested for breaking into former home of Tom Brady

WNBA star Maya Moore so ‘thankful’ for Jonathan Irons’ release from prison: ‘We made it’