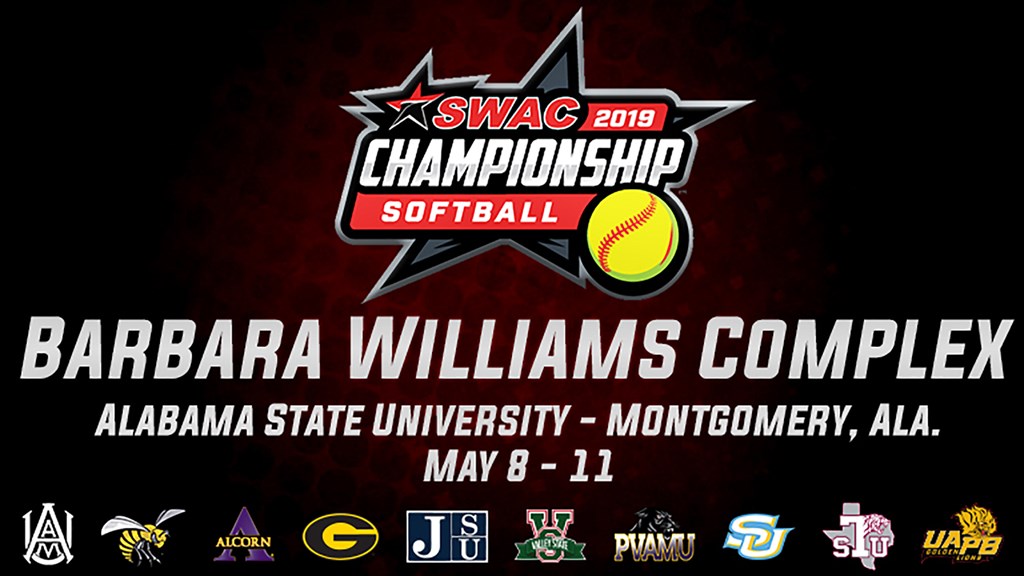 BIRMINGHAM, Ala. – The Southwestern Athletic Conference announced the 2019 SWAC Softball Tournament field, with Texas Southern and Alabama A&M heading into the postseason with respective number one seeds.

The Lady Tigers (16-1 SWAC) clinched their seventh-straight Western Division championship earlier today after salvaging a double-header split with rival Prairie View A&M. The Lady Panthers, who enter the tournament as defending champions, earned the No. 2 seed with a 15-3 record in conference play. Rounding out the field for the SWAC Western Division are Southern (6-11) and Arkansas-Pine Bluff (3-12).

In the Eastern Division Alabama A&M, led by first-year coach Cassandra Brown, comes in as the top seed after winning its second-straight Eastern Division championship with an 11-7 record in SWAC competition. Host Alabama State (10-7) earned the second seed and looks for its fifth-straight trip to the championship game, having finished as runner-up in three of the past four seasons.

Alcorn State (9-9), who shared the Eastern Division crown with Alabama A&M in 2018, is the No. 3 seed, and Jackson State (7-11) will make its first tournament appearance since 2015 as coach Kevin Montgomery guided the team to the East’s No. 4 seed in his first year in the JSU dugout.

The 2019 SWAC Softball Tournament runs from May 8-11 at the Barbara Williams Softball Complex on the campus of Alabama State University in Montgomery, Ala., with May 12 serving as an “if necessary” date to determine this year’s champion. The opening-round matchups are as follows:

Be sure to check SWAC.org for all updates and information in relation to the tournament as it is made available.

About the SWAC:
The Southwestern Athletic Conference (SWAC) is considered one of the premier HBCU conferences in the country and currently ranks among the elite in the nation in terms of HBCU alumni playing with professional sports teams.

Entire NCAA Tournament to be held in Indiana

2020 Masters Tournament to go on without patrons or guests