Suspect Killed After Shooting At Walmart In Washington State

Two people were shot and the suspect killed at a Walmart Supercenter in Tumwater, Washington state, police said Sunday. Police responded to a shooting just after 5 p.m. PDT at a Walmart Supercenter in Tumwater, Washington; Tumwater is about 65 miles south of Seattle.  Officers originally responded to a report of a car driving in the wrong direction, but as the officers were in route they were dispatched to reports of a carjacking nearby with shots fired.  Around 5:30 p.m. Thurston County Dispatch began receiving calls of shots fired “in or around the Tumwater Walmart and parking lot,” according to police. Police say the suspect exited the store and attempted to carjack a car in the parking lot, shooting an adult male occupant of the car in the process. The adult male victim was treated for gunshot wounds and was airlifted to Harborview Medical Center in Seattle. The suspect attempted another carjacking in the Walmart parking lot, and was approached by two armed civilians. One of the armed civilians shot the suspect, and the suspect died at the scene. 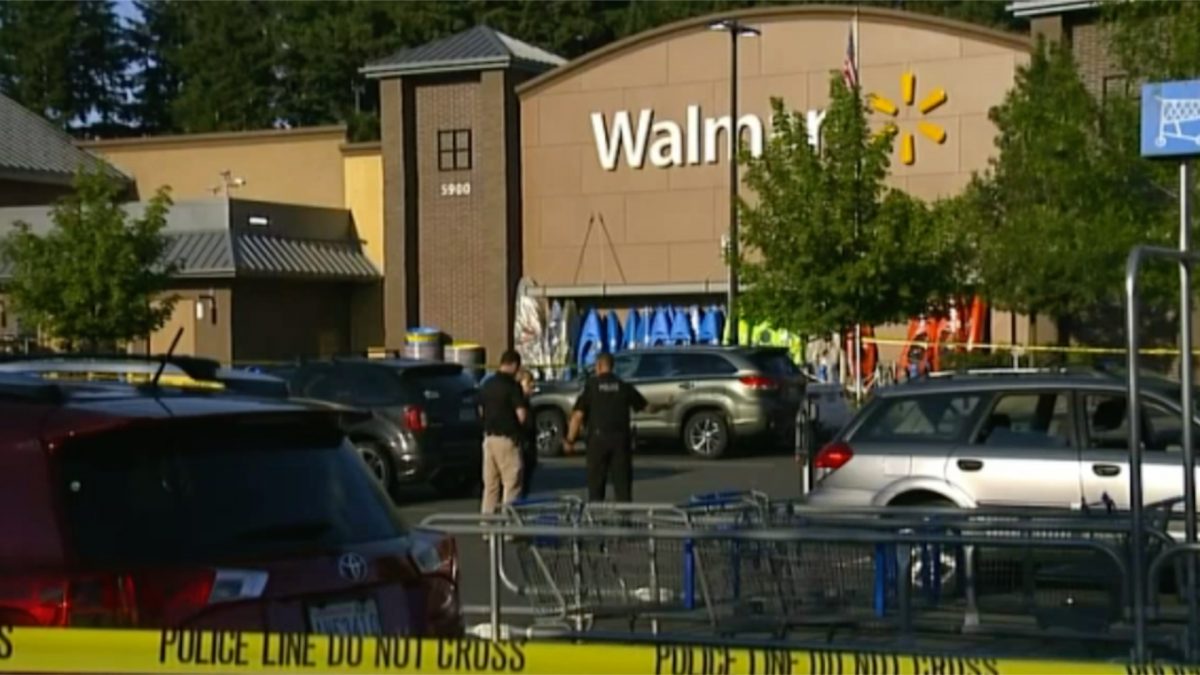 Via www.theepochtimes.com
Shooting at Walmart in Washington State. (Screenshot via Fox News … Tumwater Police…
06/18/2018 4:43 AM

3 dead, including suspect, 2 injured after ‘horrific’ shooting, fire in Maryland

Sister of Colorado woman allegedly killed by husband: ‘I pray for him’