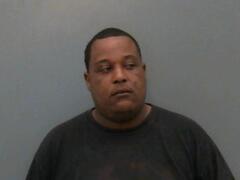 A Pine Bluff man accused of shooting another man to death Thursday told police he acted in self-defense.

Sharrodrick Dunn, 36, was identified by a witness to the shooting of Tyrice Graydon, 32, who died at Jefferson Regional Hospital as a result of gunshot wounds to the upper body.

Dunn will be held without bond on probable cause of capital murder pending the filing of formal charges.

During a court hearing Friday, Deputy Prosecutor Jill Reed said the witness told police that Dunn and Graydon had been in a conflict with each other and Dunn had quit his job at Parks and Recreation as a result of the conflict.

The shooting was reported at Rhinehart and Pullen Street at about 2:45 p.m. and when officers arrived found Graydon laying on the ground.

Detective Keith Banks said in a probable cause affidavit that police were able to obtain security video from a business at the scene which showed Graydon pull up to a barber shop at the location and get out of a vehicle and walk toward Dunn, who reportedly left his vehicle in gear when he fired shots at Graydon, and had to run to catch up with it and get back in the vehicle before driving away.

Reed said Dunn turned himself in to the sheriff’s department and when he was questioned by police, initially denied any involvement. When he was shown the video, he said Graydon had bullied him. Dunn said after the shooting he drove around for a while and threw the gun in the lake off King Street.

The death of Graydon was the 24th homicide in Pine Bluff so far this year.