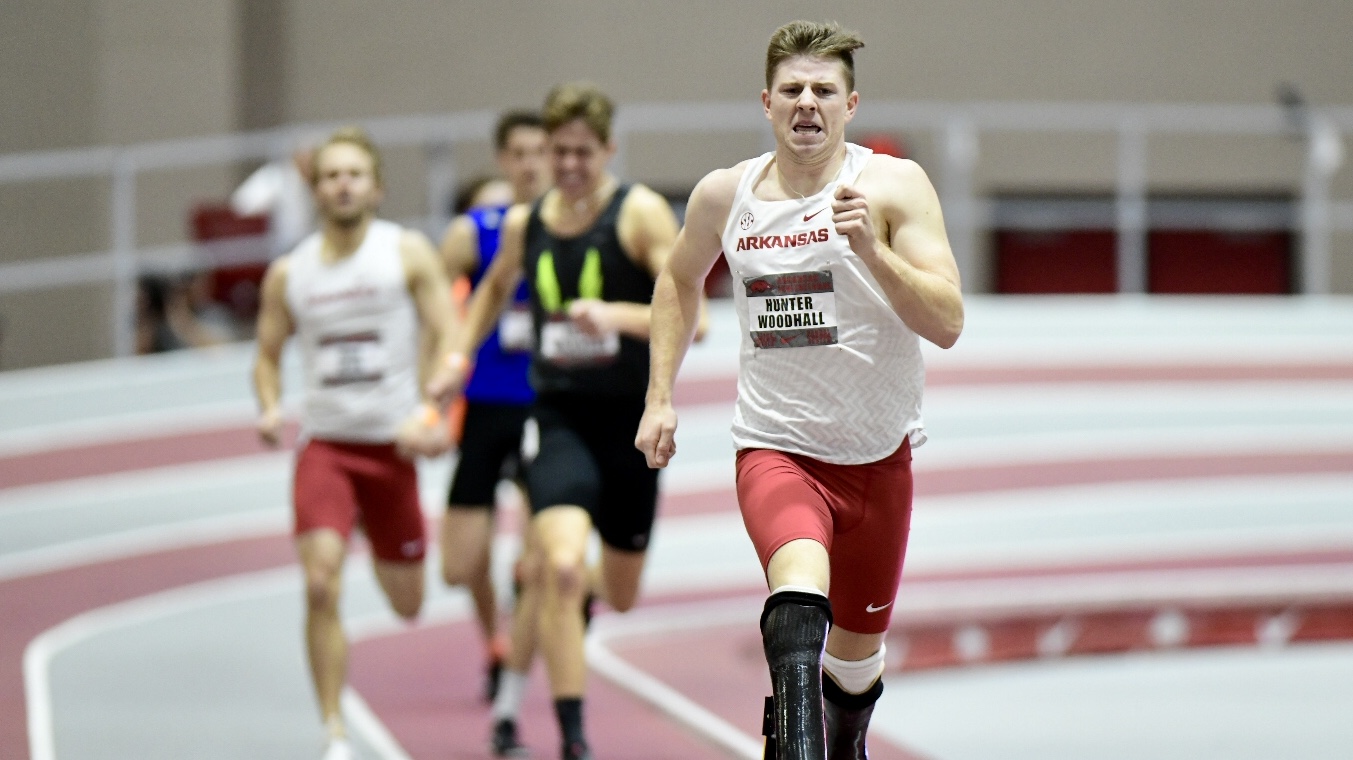 FAYETTEVILLE, Ark. – The eighth-ranked Arkansas Razorbacks got the season started on the right foot at the Arkansas Invitational Friday night at the Randal Tyson Indoor Track.

“It was a great start for the team,” said head coach Chris Bucknam. “It’s a long season and a long year, and this is the first step in heading towards our championship season. We got to see how guys responded after being away for Christmas break and got to see a lot of newcomers and freshman,” Bucknam said.

Arkansas’ Erich Sullins extended his own school record in the weight throw finishing with a best of 21.08m (69-2) that is currently No. 12 in the NCAA. Roy Ejiakuekwu finished one one-hundredth of a second off his personal best at 60-meters with his time of 6.72. Carl Elliot III took the top spot in the 60-meter hurdles running a PR of 7.89. The men’s 4×400-meter relay also picked up a win running a combined time of 3:14.27 to close out the meet.

“We got individual wins from Roy Ejiakuekwu, Carl Elliot III, and Kiernan Taylor as well as a school record throw from Erich Sullins in the weight throw,” said Bucknam. Roy [Ejiakuekwu] was .01 off a PR, which is impressive in your first meet of the season, Carl [Elliot III] put together a great race his first time in a Razorback uniform, and Kieran Taylor got a big win in the 1,000-meters by a couple seconds. It’s a quick turnaround to the next meet. The season ramps up pretty quick, going from a rust buster in the Arkansas Invitational to a primetime meet on national television. We’re gonna be here in two weeks and we’re going to have to perform. There’ll be two weeks of practice to recover and improve. We usually get a few national qualifying marks at the Razorback Invitational. We’ll see some really good Power-5 teams there and it’ll be our first true test of the season,” Bucknam finished.

The Razorbacks will be off next week as they prepare to host the nationally televised Razorback Invitational Jan. 25-26 at Randal Tyson Indoor Track.