Hours after a massive fire engulfed the historic Notre Dame Cathedral in Paris on Monday, a city official said the structure of the building had been saved. The fire at the cathedral caused the roof to collapse, destroyed a spire and spread to one of the building’s two rectangular towers. The mayor’s office said those living near Notre Dame were evacuated as a safety precaution. The Paris prosecutors’ office ruled out arson and possible terror-related motives, and said it was treating it as an accident,

The spire destroyed by the fire contained artifacts considered sacred to Catholics, including a relic believed to be from Jesus Christ’s crown of thorns. Relics from Saint Genevieve and Saint Denis are also feared lost.

The massive blaze started at about 6:50 p.m. local time and spread to one of the church’s landmark rectangular towers. At least 400 firefighters were on the scene attempting to control the flames.

No deaths were immediately reported from the massive blaze, Paris police said. 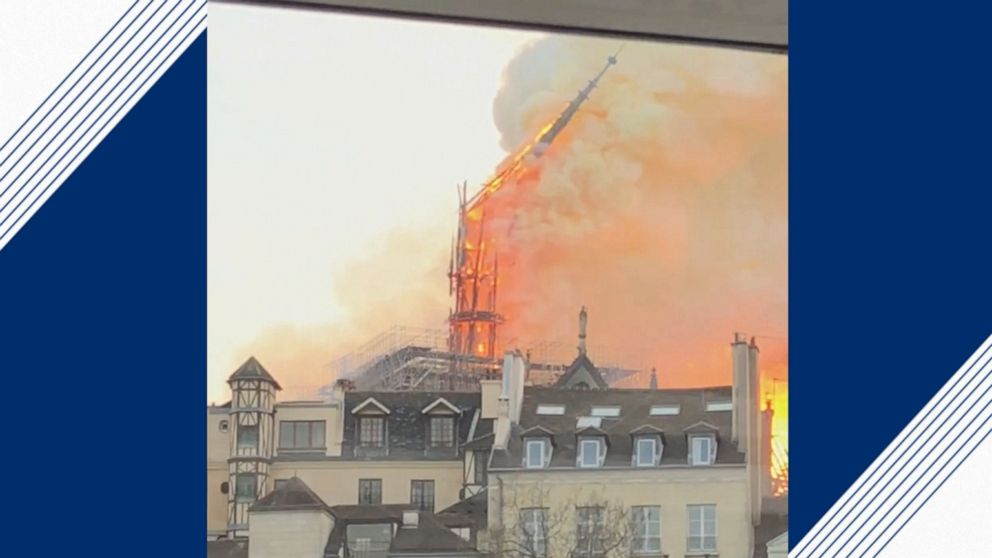