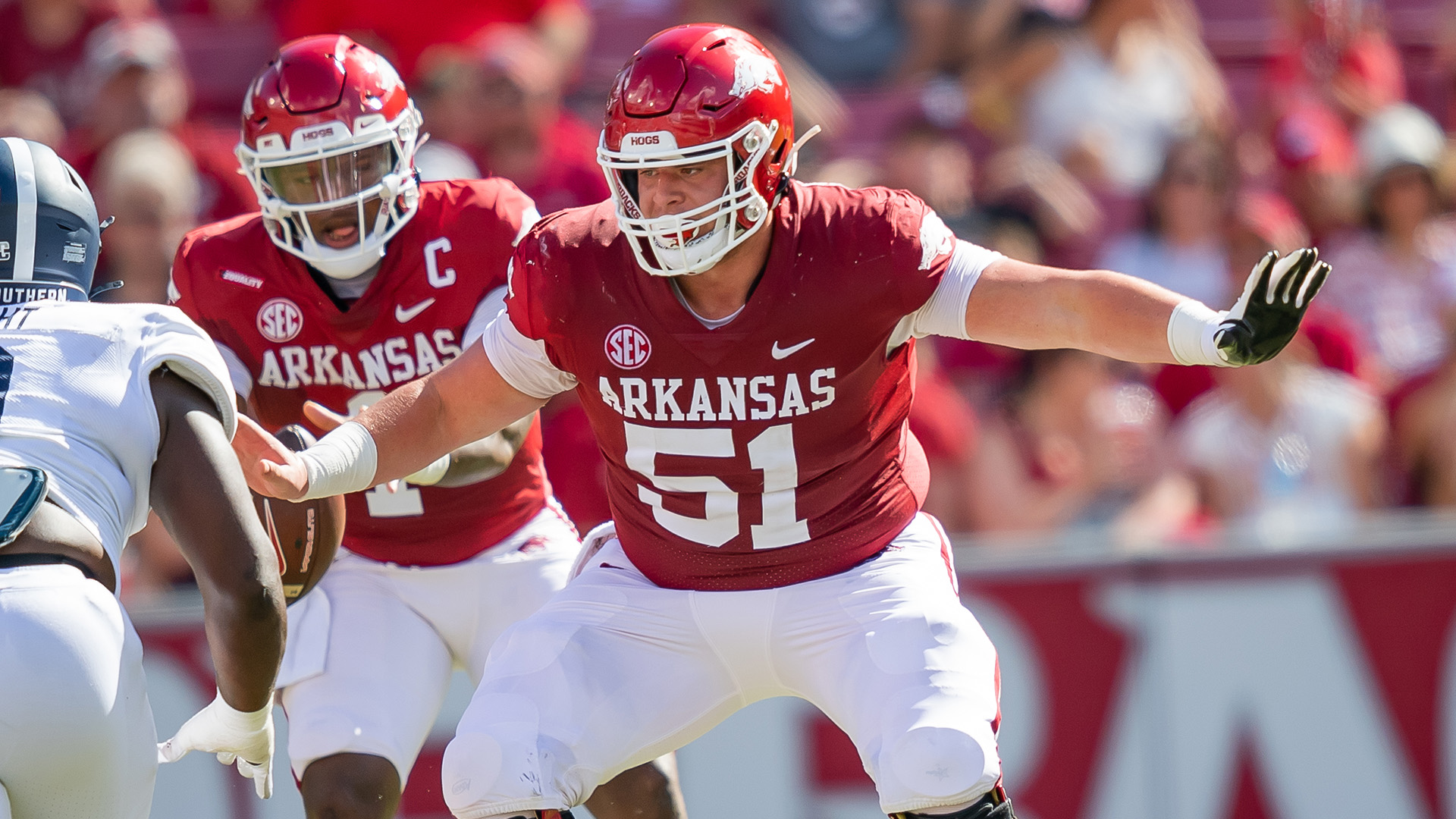 Stromberg paved the way for an Arkansas offense that posted 633 total yards, the eighth-best mark in program history, in a 45-10 win over Georgia Southern. He has helped Arkansas register 240 or more rushing yards in every game this season, becoming one of only five teams in the country to accomplish that mark three times this year.

Stromberg is the first Razorback to earn SEC Offensive Lineman of the Week recognition since Dan Skipper (Co) on Nov. 19, 2016.

For the season, Pro Football Focus grades Stromberg as the SEC’s top center, earning an offensive grade of 77.3.

The Razorbacks are 3-0 this year for the first time since 2016 and ranked No. 16 in the nation by the AP Poll.