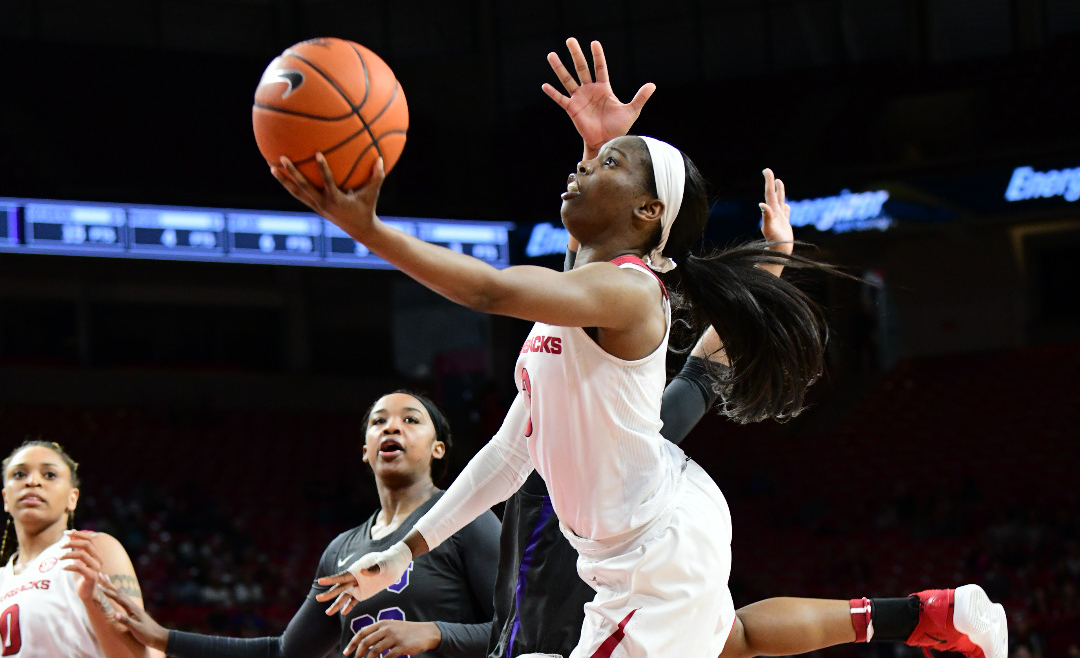 FAYETTEVILLE, Ark. – Arkansas’ stellar postseason run through the SEC Tournament and WNIT came to an end on Thursday night in an 82-78 loss to TCU in front of 5,287 fans at Bud Walton Arena.

Arkansas wraps up an impressive season under second-year head coach Mike Neighbors with a 22-15 record that includes reaching the SEC Tournament Championship finals for the first time in program history.

Seniors Malica Monk, Bailey Zimmerman, Raven Northcross-Baker and junior Sydney Stout wrapped their Razorback careers in the game. Monk scored 1,302 career points, had 303 rebounds and dished out 369 assists in her four seasons. She was one of three players in double figures with 18 points in her final game.

The Razorbacks and Horned Frogs were locked in a tight game throughout until TCU’s Amy Okonkwo sank a 3-pointer with under a minute to put the visitors up five. Okonkwo iced the game down the stretch with seven free throws to add to her career-high 36 points.

The Hogs led 44-39 at the half but TCU clawed back into the game in the third and outscored Arkansas by six in the fourth quarter to end the Razorbacks’ season.