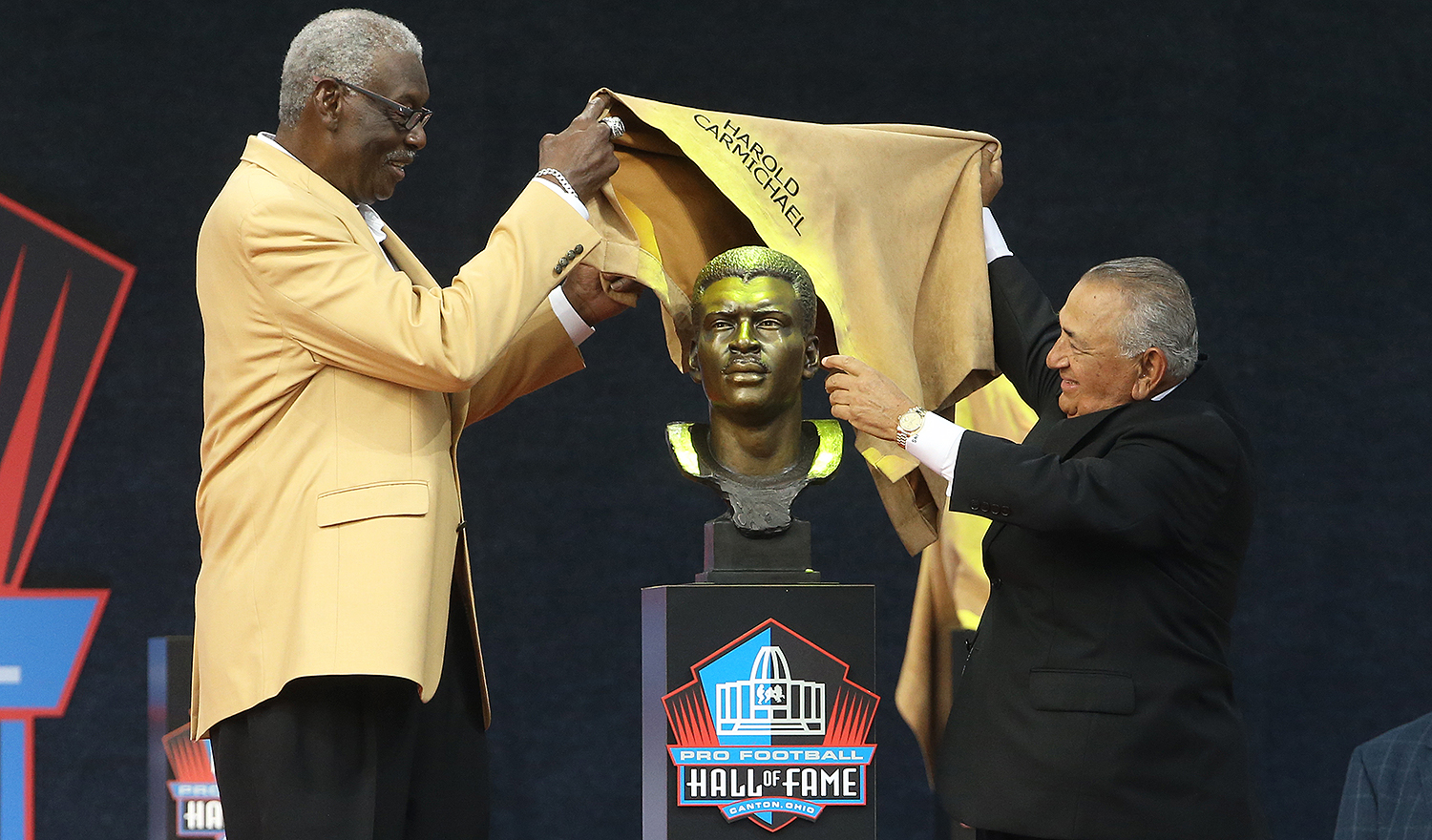 CANTON, Ohio- Harold Carmichael was a walk-on at Southern University and became a tri-sport athlete. He used his 6’8 height to play on the basketball team as a center, and threw the javelin and discus for the track and field team.

In football, he shifted to playing wide receiver, where he was a four year starter, although he never led the team in receptions. He received All-conference honors as a senior while also a teammate of fellow Pro Football Hall of Fame member Mel Blount.

On Saturday, Carmichael added the sport’s top honor to his long list of accolades as he joined the Pro Football Hall of Fame with the Class of 2020.

In 1970 Harold Carmichael was an All-SWAC selection and was drafted the 161st pick overall in the seventh round of the 1971 NFL draft to the Philadelphia Eagles. Carmichael played both tight-end and receiver positions in the NFL.

As a rookie, he was converted into a tight end, starting in 6 out of the 9 games and leading the team’s tight ends with 20 receptions (fourth on the team). Then the next season he was moved back to receiver with his 6’8 frame terrorized the opposing teams defensive backs during his stellar NFL career.