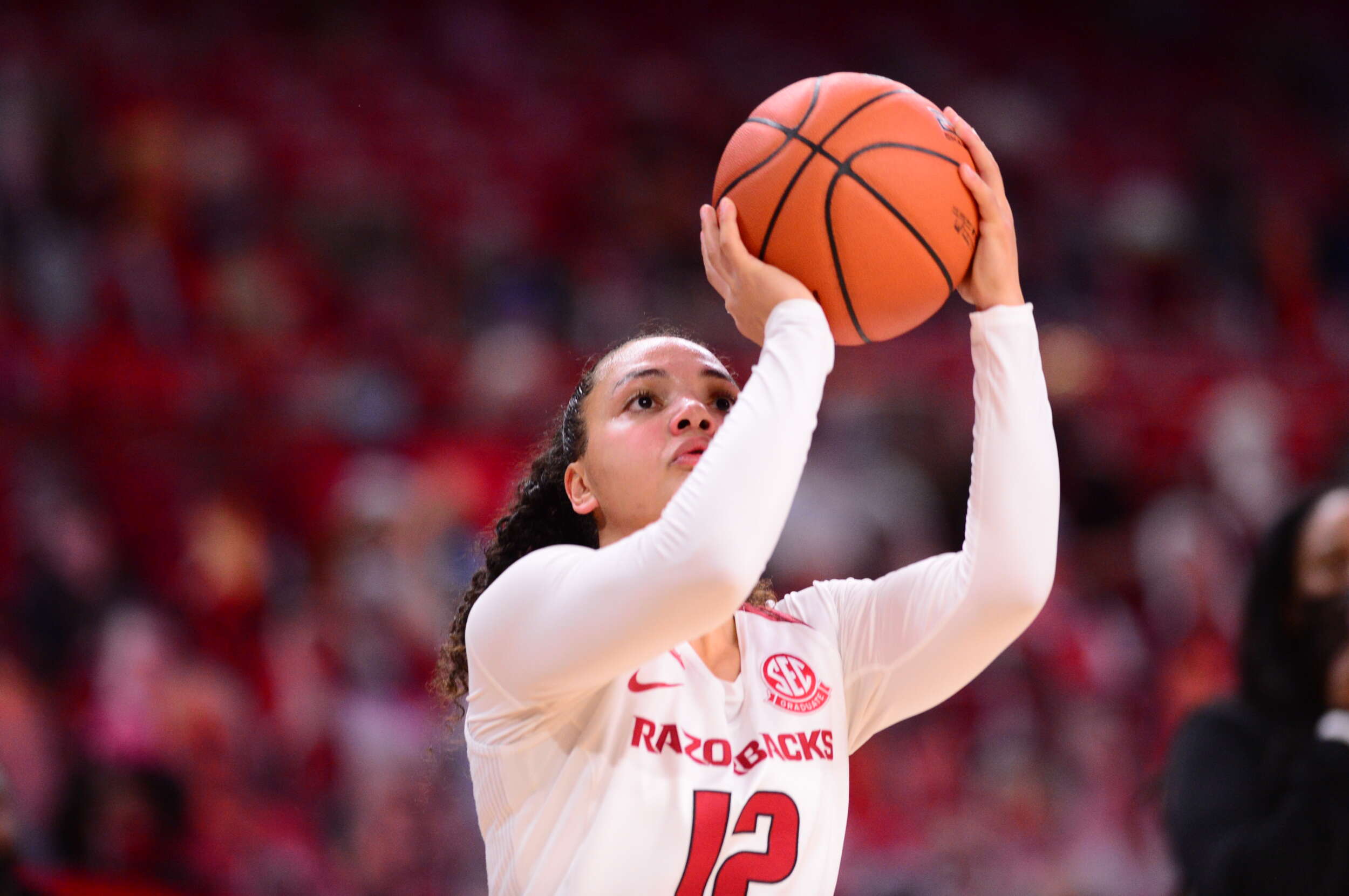 The return of Arkansas guard Destiny Slocum was the story of the night, as the senior went off for 29 points on 11-15 shooting, including 5-7 from behind the arc. Despite missing the Ole Miss game on Thursday night with illness, the redshirt senior put on one of her best performances of the season. Redshirt senior guard Chelsea Dungee once again posed a problem for the opponent offensively as well, going for 20 points of her own, while also swiping three steals in the effort.

LSU never led in this one, as Arkansas jumped out to an early lead, shooting 4-5 from deep in the first quarter while securing a double-digit advantage before the start of the second frame. The Hogs coasted along the rest of the first half, taking a 14-point lead to the locker room after shooting 60 percent from the floor while holding LSU to just 36 percent in the first 20 minutes. Dungee and Slocum got it done in the opening half, going for 13 and 15 points, respectively, to start the game.

The Razorbacks kept the pedal down in the second half, continuing their scoring surge in the third quarter, stretching the lead to 22, the biggest lead of the game. Slocum was lethal on the offensive end, scoring 14 more in the second half to keep Arkansas ahead of the Tigers. Tiger guards Jailin Cherry and Khayla Pointer both played well, accounting for 40 of LSU’s 64 points, but it simply wasn’t enough, as the Hogs held firm down the stretch to secure the road win.

The Hogs will stay on the road for their next matchup, traveling to play Auburn on Thursday. The Razorbacks and Tigers are set to tip off at 8 p.m. CT, and the game will be broadcast on the SEC Network.

Former Razorback Head Coach Has a Date in Court with Foundation

Smith leads Hogs to win over Missouri in overtime