The legendary thrash metal band Slayer performed their last European concert of their long career on Saturday, August 3rd, taking the stage for the final show of the European leg of their farewell tour. The band performed at Hanns-Martin-Schleyer-Halle in Stuttgart, Germany and featured Anthrax as support.

Slayer will be taking some time off before launching the final leg of their farewell tour, dubbed The Final Campaign. The North American trek will kick off this November, concluding with their very last concert in their hometown at the Forum in Los Angeles on November 30th. 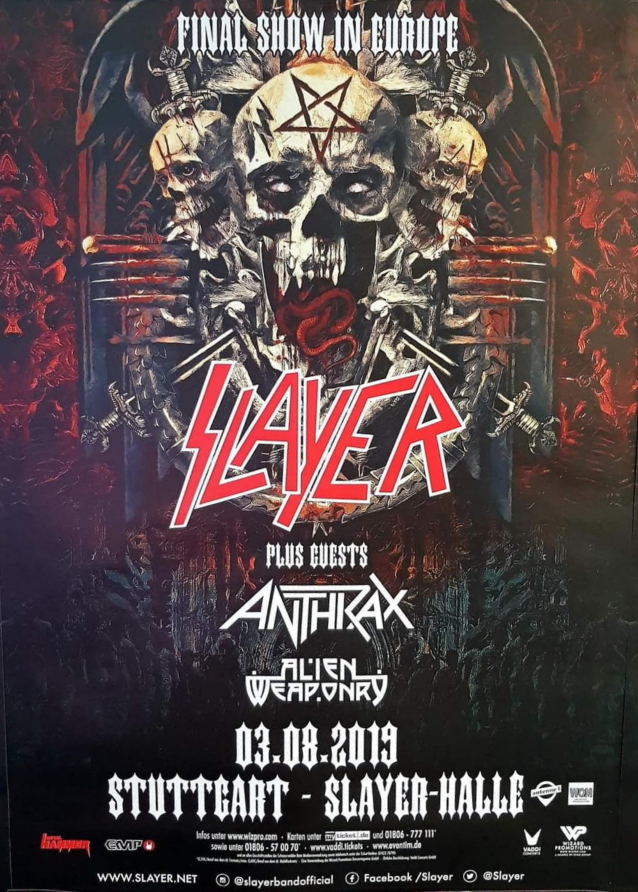