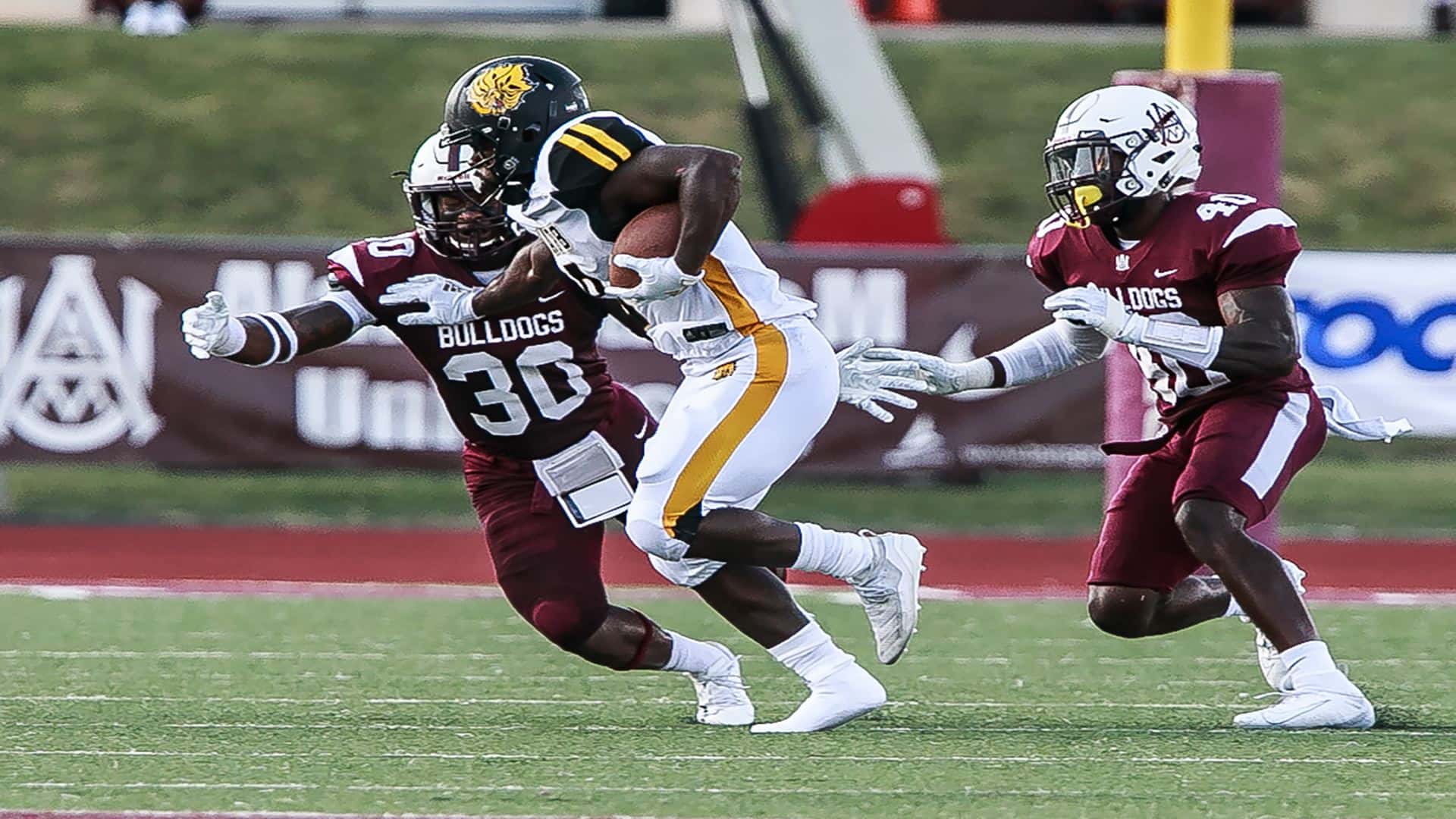 Ballard III (6-3, 205; Sr, St. Louis, Mo.) was fourth in the conference in both receptions (52) and receiving yards (938), and was fifth in touchdown receptions. He posted five 100-yard receiving games, and caught touchdowns in six games, including three multi-TD games. Ballard caught five passes for a season-high 147 yards and two touchdowns against Langston and had a season-high nine receptions for 144 yards and two touchdowns against Grambling.

Ralph (5-8, 170; Sr., New Orleans, La.) was the most dynamic returner in the league this season, as he led the SWAC in punt returns averaging 10.5 yards on 14 attempts while averaging nearly 28 yards on nine kickoff returns. Ralph had four punt returns of at least 20 yards, and seven kickoff returns of at least 20 yards. He also caught 27 passes for 283 yards and three touchdowns and rushed four times for 35 yards.

Mitchell (6-2, 245; R-Jr., New Orleans, La.) started every game in 2019 and finished second on the defensive line in tackles (48), tied for the team lead in sacks (5.0), tied for second on roster in tackles for loss (10.0), and had one forced fumble and one pass breakup. Mitchell had at least ½ sack in three consecutive games and four of the last five games), and tallied career-high seven-tackle games against both Southern and Grambling.

Steele (5-11, 180; Sr. Arlington, Texas) was tied for fifth in the SWAC in interceptions (three), and first in the league in both pass breakups (15) and passes defended (18). He had four games of multiple pass breakups, including back-to-back games with three pass breakups at Tennessee St. and vs. Southern. Steele recorded 46 tackles (36 solo), with 2.5 tackles for loss, two fumble recoveries, and one blocked kick on the season.

UAPB football picked to finish 4th in the SWAC-West