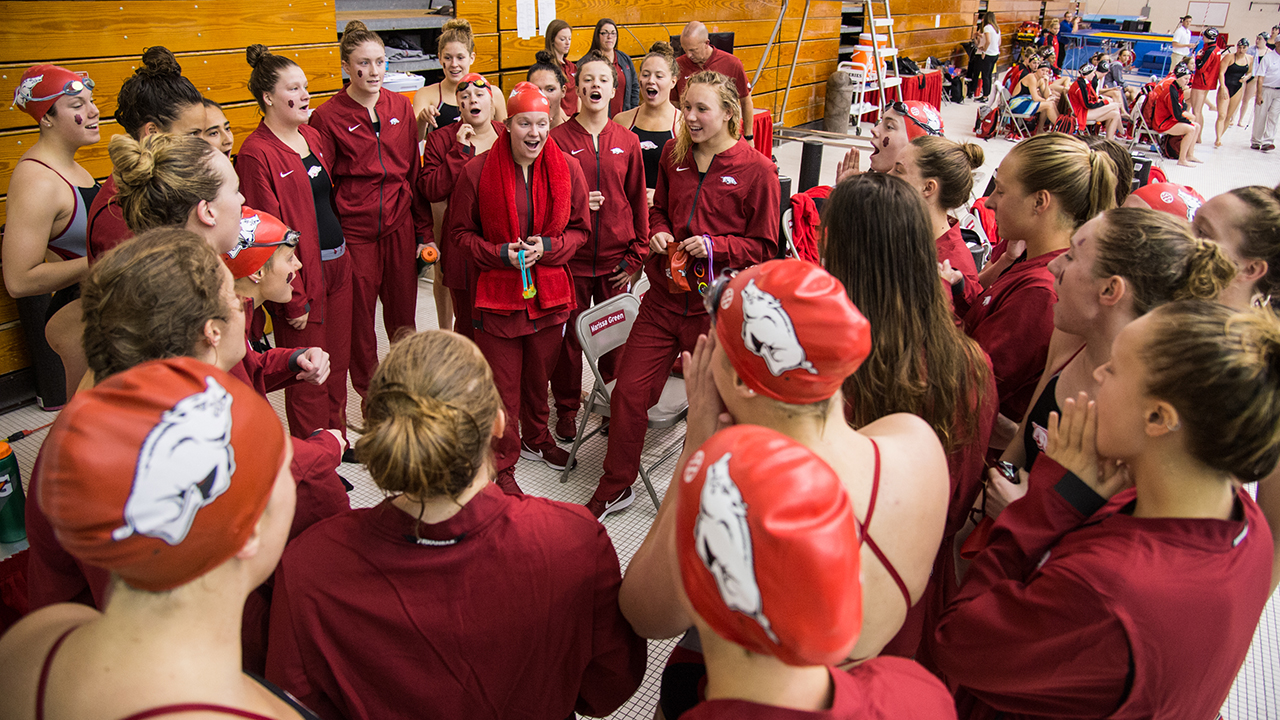 BIRMINGHAM, Ala.- Six members of the Arkansas swimming and diving team, five student-athletes and one coach, have earned post-season SEC honors, as announced by the league office Wednesday.

“We are so excited to have five of our ladies named to an All-SEC Team,” head coach Neil Harper said. “For three of them, it was their first year in the SEC so it’s a good sign for the growth, improvement, and future of our program!”

Head diving coach Dale Schultz earned SEC Women’s Diving Coach of the Year honors for the second consecutive year, the third time in his three stints at Arkansas that Schultz has earned the honor (1993 and 2018).

Four swimmers round out the SEC honors, with Anna Hopkin, Kobie Melton, Molly Moore, and Marlena Pigliacampi being named to the SEC All-Second Team. Hopkin currently holds seven individual program and pool records and recorded 13 of the fastest times in program history in four events. The Preston, England, native earned top-five finishes in the 50 and 100 yard freestyles at the NCAA Championships, being named an All-American in both events.

Hopkin, Melton, Moore, and Pigliacampi set the program record in the 400 yard freestyle relay at the SEC Championships in March, finishing 24th at the NCAA Championships in the fourth-fastest time in program history.

“For Brooke to earn SEC Female Diver of the Year is only fitting after winning both the 1- and 3-meter at the SEC Championships and being the 3-meter runner-up at the NCAA Championships,” Harper continued. “With her success, it is good to see Dale earning Female Diving Coach of the Year honors too. I am especially excited for Anna, Kobie, Molly, and Marlena to also make an All-SEC team based on their relay and individual accomplishments this year!”