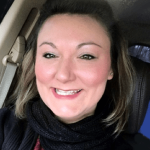 Sheena was a native of El Dorado, a resident of Hamburg for most of her life, a 2001 graduate of Wimberly High School in Wimberly, Texas, a homemaker, and a cosmetologist.

Visitation is Sunday, January 19 from 5 p.m. until 7 p.m. at Jones-Hartshorn Funeral Home.

Funeral services will be held on Monday, January 20, at 2 p.m. at the funeral home with Pastor Cindy Neal Norman officiating. Burial will be at the Egypt Cemetery.