Shania Twain will return to Las Vegas for an all-new residency, set to kick off in December at Zappos Theater at Planet Hollywood. The new show will be called Let’s Go!, a nod to her 1999 smash, “Man! I Feel Like a Woman!”

The Canadian superstar’s Still the One residency started at 2012 at The Colosseum at Caesars Palace and ran for two years. This past December, she wrapped up her NOW Tour in support of her latest album of the same name.

Pre-sales start on Tuesday, before tickets become available to the general public on Friday. The complete itinerary for Shania Twain’s Let’s Go! Residency at Planet Hollywood in Las Vegas through 2020 can be viewed in the link below. 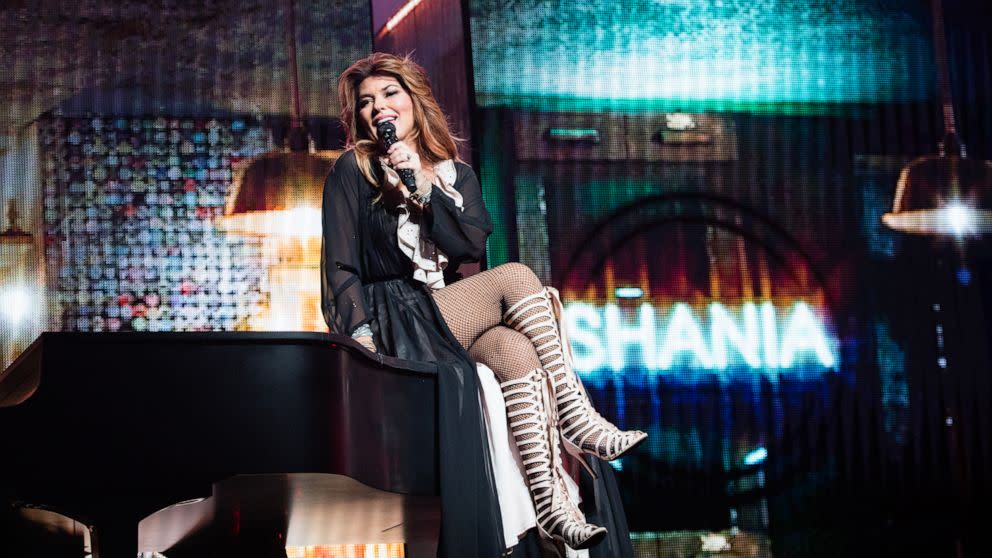 Shania Twain would start a band with Blake Shelton + Gwen Stefani: “When I think of [them] I think trio vocals”

Shania Twain teases a high-energy return to Vegas: “It’s going to be a little nutty, but it’ll be a fun nutty!”