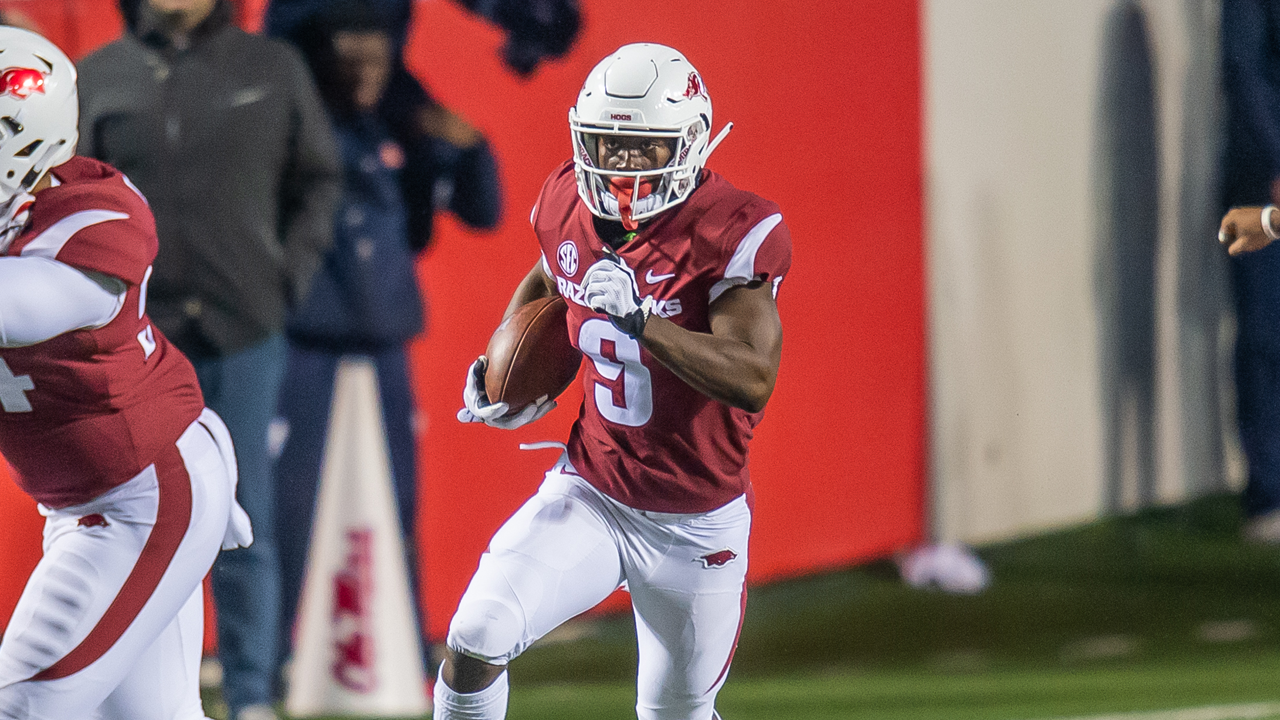 Junior De’Vion Warren landed in the first team specialists group in the kick returner slot and was joined by senior kicker Connor Limpert on the second team. The second team also featured a pair of senior defenders in lineman McTelvin Agim and linebacker De’Jon Harris, while sophomore safety Kamren Curl was picked for the third team to round out the defensive players selected. On the offensive side of the ball, senior tight end Cheyenne O’Grady was picked for the third team while junior running back Rakeem Boyd closed out Arkansas’ honorees on the fourth team.

Last season, the Razorbacks had seven representatives across the four squads from Athlon, including 2019 selections Harris (First), Agim (Second) and Warren (Second).

Warren returned 14 kicks for 399 yards on 2018, averaging 28.5 yards per return. His longest kick return of the season came on Oct. 6 against Alabama, taking it back 78 yards in the fourth quarter to set up an Arkansas touchdown.

Limpert had a season to remember in 2018, connecting on 19-of-24 field goal attempts, good for 79.2 percent, ranking sixth in FG percentage in the school record books. He put together an impressive streak of 10-straight field goals made from Sept. 22-Oct. 27, which was the third-longest in school history. Two of his 19 were longer than 50 yards, making him the first Razorback kicker to make multiple 50-yard FGs in a season since 2013.

Agim will anchor the defensive line in 2019 after starting all 12 games and posting 45 total tackles, 16 unassisted, a year ago. His 10.0 tackles for loss led Arkansas and made him the first Razorback to reach double-digit totals in a season since 2015. Agim also racked up 4.5 sacks and forced three fumbles, both the best among Arkansas defenders.

Harris, another 12-game starter last year, paced the conference in total and solo tackles, posting 118 and 62, respectively. It marked back-to-back years he has led the team in total stops and made him the seventh Razorback to hit 100 tackles in consecutive seasons, the first since 2010-11. He finished the year with seven double-digit tackle performances, a conference-best, with five coming in SEC action.

Curl put together a 53-tackle campaign as a sophomore over his 11 starts, which included 27 solo stops. His tackle total ranked fourth on the team, as he also broke up five passes and forced a fumble against North Texas on Sept. 15.

O’Grady hauled in a team-high 30 receptions and six touchdowns over the course of the 2018 season, with all of his catches coming in the final eight games of the year. His reception total brought to 400 yards through the air, averaging 13.3 per catch, with two multi-touchdown games against Alabama (Oct. 6) and LSU (Nov. 10), the only Razorback to do so in 2018.

Boyd made an impact in his first year donning a Razorback uniform, leading the team in rushing with 734 yards on 123 attempts with two touchdowns, averaging 6.0 yards per carry and 61.2 yards per game. He rattled off three games of over 100 yards rushing, with all three of those games coming in SEC play. He finished the year 13th in the SEC in rushing yards and 10th in yards per carry.