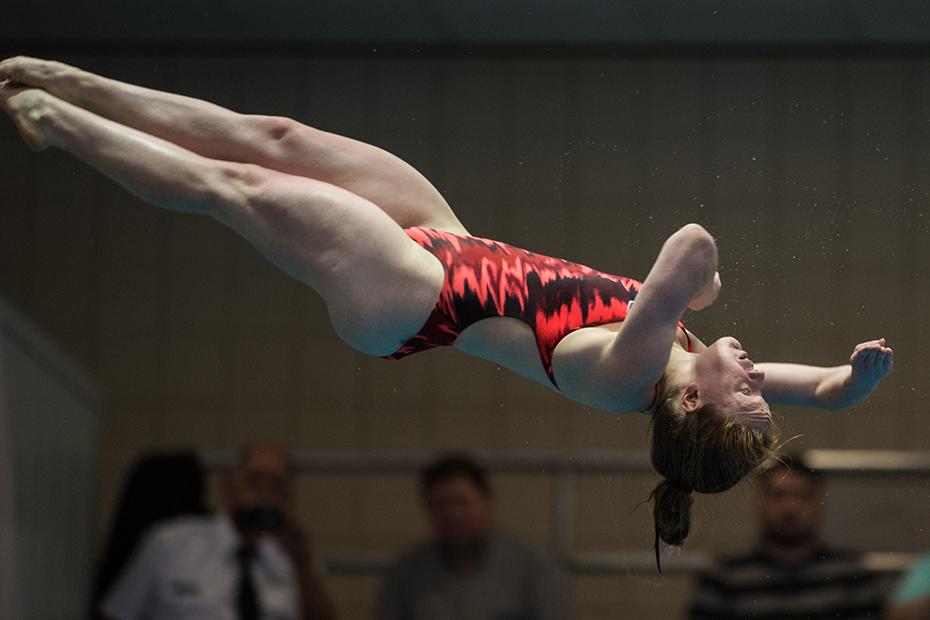 Brooke Schultz picked up her second silver medal in as many events on Friday in Lima, Peru at the 2019 Pan American Games, diving to second place in the 1-meter springboard.

One day after earning a silver medal alongside Sarah Bacon in the synchronized 3-meter springboard, the Americans squared off as individuals and rallied late to take the top two spots on the podium with Bacon taking gold.

Schultz entered round four in fifth place with two dives remaining. The rising Arkansas junior scored a 62.40 to vault into second place thanks to a reverse 1.5 with 1.5 twists on her fourth dive. She turned in an inward 1.5 pike to put 57.40 points on the board. But after finishing ninth in preliminaries, she was forced to sit through eight more divers – including three of the top divers – before knowing she had earned her second sliver of the games.

“It was very close. I didn’t realize how close it was until the last round,” Schultz said afterwards to USA Diving. “It’s a bit of a relief once you see scores pop up. That waiting – maybe she did, maybe she didn’t – you don’t really know until the scores pop up so definitely really exciting. It’s always interesting to have a close competition.”

Schultz will compete in one final event in Peru when she steps up to the individual 3-meter springboard.