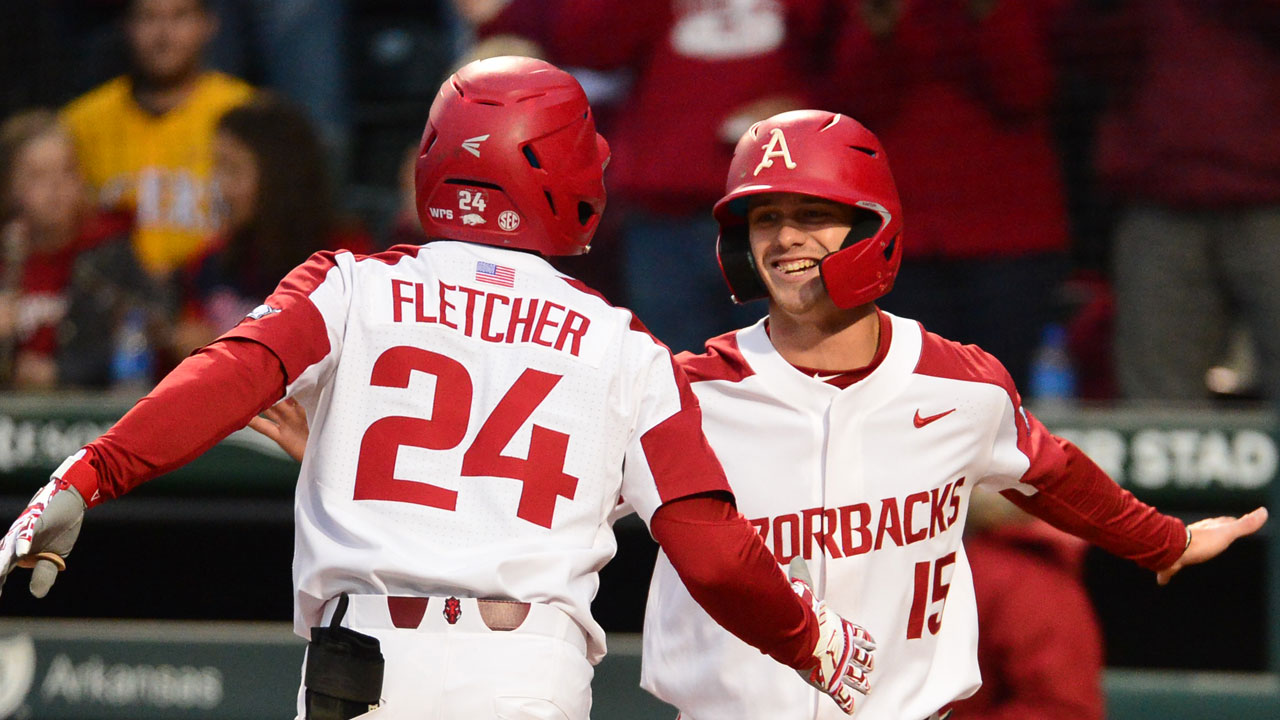 HOOVER, Ala. — With the 2019 SEC Tournament just one day away, the year-end All-SEC teams were released Monday afternoon after being voted on by the league coaches and they feature a school-record nine Razorbacks on either the second team, all-freshman team, or all-defensive team.

Six of the 12 All-SEC Second Team selections come from Arkansas as Trevor Ezell, Casey Martin, Dominic Fletcher, Heston Kjerstad, Matt Goodheart and Matt Cronin all made the list at their respective positions. On the SEC All-Freshman Team, Christian Franklin, Connor Noland and Patrick Wicklander all earned their first all-conference honors of their career. Finally, Fletcher and Ezell both were named to the SEC All-Defense Team.

The 11 selections (nine players) leads all SEC teams and tops last year’s previous program record of nine selections. Arkansas was also the only school with multiple players named to the all-freshman team and it was the third year in school history the Hogs have had two or more freshmen named all-conference.

*Tie (Ties are not broken)