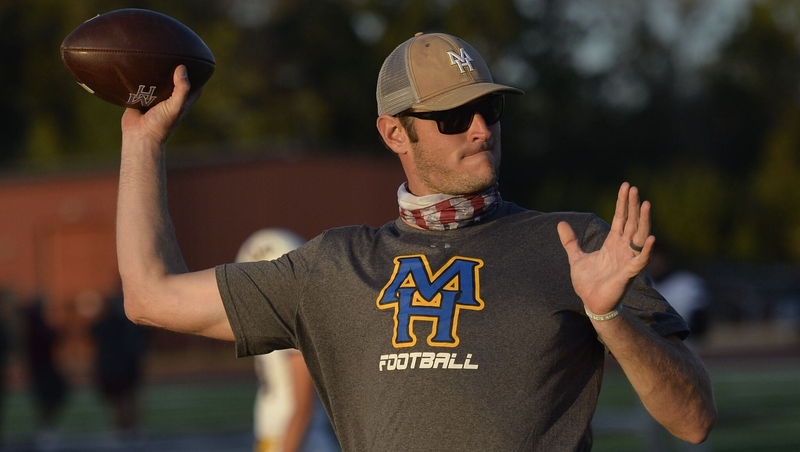 The White Hall School Board voted unanimously Wednesday night to hire former Arkansas Razorback quarterback Ryan Mallett as the next head football coach for the Bulldogs following the retirement of Bobby Bolding as a football coach.

Mallett comes to White Hall after spending two years at Mountain Home where he helped the Bombers break a 22-game losing streak. He was named offensive coordinator for the 2021 season, helping lead the Bombers to the playoffs.

He spoke to Deltaplex News and spoke about what led him into high school coaching after his time in the professional ranks after a successful collegiate career.

He also spoke about his time at Mountain Home and how it has helped to prepare him to be the head coach of the Bulldogs.

Mallett said that he has some connections to White Hall and that is how he learned of the job opening.

Bobby Bolding is remaining at White Hall as Director of Athletics, and Mallett said that he feels that will be a good thing for him.

He also spoke about the type of offense he plans to run.

Mallett said he is working out plans with White Hall and Mountain Home so he can make the transition to White Hall. He said that he plans to be on campus for spring football. He also stated that he is working on his coaching staff, and will be able to name up to five new assistant coaches.