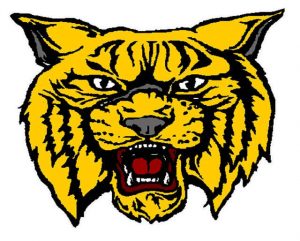 RISON — Seven touchdown plays accounted for 294 of Rison’s 418 total yards on offense in Friday night’s quarterfinal state playoff contest at George Walker Field of Champions, as the Wildcats remained undefeated by clobbering the Lamar Warriors, 53-15, before a large, overflow crowd.

The win advanced the Wildcats (13-0) to the Class 3A semifinals next Friday night, as they will hit the road for the first time this post season for a long road trip to northeast Arkansas to take on the Osceola Seminoles (11-2), champions of the 3-3A Conference. Lamar, runner-up in 1-3A, completed its season at 10-3.

Heading into Friday’s matchup with Lamar, Rison head coach Clay Totty was concerned with the Warriors methodical ground attack, known for chewing up time on the clock and shortening the game.

“I believe it was important that we were able to get them off the field (on offense) in the early going,” Totty said, commenting about Rison’s defensive effort. “You could tell they (Lamar) wanted to make it a possession game. Once we got up two scores on them, I think it put them on their heels and they had to get away from what they wanted to do offensively. We made some big plays on both sides of the ball, though, so I was proud of the kids and what we accomplished.”

After stopping the Warriors on their opening possession, the ’Cats went 80 yards for their first TD, scored by Jamarien Frye, who got loose around the left side for a 39-yard dash to the end zone. Justin Jacobs added the first of his 3 PAT kicks and it was 7-0 with 5:18 left in the opening quarter.

At the start of the second quarter, Rison suffered its first lost fumble since late September when the Warriors pounced on a bobble by Frye at the Lamar 34. It was Rison’s only turnover of the game. But on the very next play, the Warriors committed their only turnover of the contest when the Wildcats’ Chris Lawson stepped in front of an Ike Pelts’ pass at the Lamar 31.

Seconds later, Rison quarterback Jaylon Henry broke into the open and cut outside for a 26-yard touchdown scamper. Frye ran over a 2-point conversion that pushed the Wildcats’ advantage to 15-0 at the 10:39 mark of the second period.

Frye, who rushed for 142 yards on a dozen carries, all in the opening half, sprinted past the Lamar secondary on a 61-yard TD run at the 7:11 mark of the second period. A 2-point conversion plunge by Malik Chavis gave Rison breathing room, 23-0.

Lamar responded with a 9-play, 56-yard scoring drive, climaxed by Brady James’ 5-yard TD run. Braydon Grace booted the extra point to close the gap to 23-7 with 3:48 remaining in the half.

However, things quickly got away from the Warriors during the final seconds of the half and at the start of the third quarter. After Evan White covered an onsides kick, the ’Cats used the short field to move to the Lamar 33. On fourth and 4, Henry was flushed out of the pocket where he found plenty of running room, covering the remaining distance for a TD to stun the Warriors with 47 seconds left in the second period. A 2-point conversion by Frye made it 31-7.

After a long run by Jacob Parmenter advanced Lamar inside the Rison 35, three incomplete passes by Pelts gave Rison the ball back with just 2 seconds to go in the half. Slotback RoShawn Martin made the most of his only carry in the game, as he started left and cut back across the field on a 66-yard touchdown run as time expired. Martin also tacked on a 2-point conversion and it was 39-7 at the break.

Then on the second play of the third period, Chavis, who gained 102 yards on 9 carries, breezed 49 yards for a TD and it was 46-7, starting the “sportsmanship clock.” Late in the third quarter, Henry’s only pass completion of the game, which came on fourth and 13, resulted in a 20-yard touchdown strike to Cole Keese, sending the score to 53-7.

Parmenter scored the Warriors’ final TD on a 47-yard jaunt early in the fourth period.

Rison enters playoffs ranked Number One in Class 3A

Rison and Fordyce retain No. 1 rankings in the Week 8 Arkansas Sports Media Poll