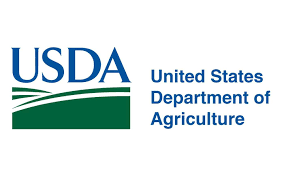 USDA announced that Arkansas ranked number one in the nation in rice exports, according to the State Agricultural Trade database released this week by the U.S. Agricultural Department. The report said that $722 million contributions by rice were part of the state’s total of $3.1 billion in agricultural exports.

The extension economist for the University of Arkansas System Division of Agriculture, Scott Stiles, said that of the $3.1 billion 78 percent, or $2.4 billion, was attributed to plant products.

“In terms of dollar value, Arkansas ranks first in the U.S. in race experts, fifth in cotton, and 11th in soybeans,” he said.

Stiles also said, “as commodity prices declined, we saw dollar value of the state’s crop exports steadily drop from 2014 to 2016.” Stiles also mentioned that the trade war with China pulled the rug out from under those values and brought the value of crop experts down to $2..4 billion in 2018 and 2019.

According to the report, here are the ranks of the commodities by their respective contribution of total export value:

Stiles said the next update will be in October.

Hutchinson: Vaccine mandates for children will not happen

Most states have cut back public health powers amid pandemic