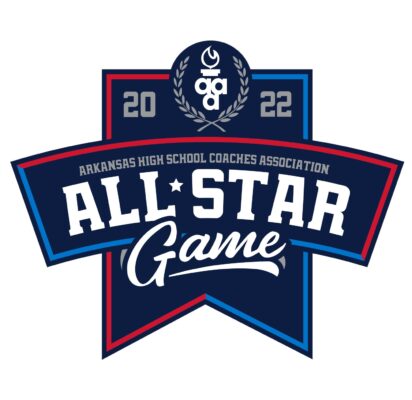 The 2022 Arkansas High School Coaches Association’s All-Star Weekend was held over the weekend in Conway, Arkansas and was dubbed a great success. Several student-athletes, coaches, and fans observed and competed in multiple competitions on the campus of the University of Central Arkansas.

Neither team could gain an advantage in the All-Star Baseball game as the two teams tied the doubleheader opener 2-2. The West would pick it up in the second match-up as they defeated the East 4-2 in the nightcap. Batesville’s Tyas Rush was named the East’s Most Outstanding Player, while Woodlawn’s Jaxon Case earned overall Most Valuable Player honors.

Green Forest Goalkeeper Fredy Juarez had two critical saves at the edge of the penalty box along with several other saves throughout the match to lead the West past the East 2-1. Juarez was named MVP for his efforts. Joe T. Robinson’s Alex Gabriel scored the match’s first goal at the 19 minute mark followed by All-Arkansas Preps Player of the Year Fernando Castro of Russellville’s goal to take a 2-0 lead. The East would answer on a goal by Harding Academy’s Ryan McGaha off of an assist by the East’ Most Outstanding Player Beebe’s Jaffet Rodriguez.

Harrison’s Olivia Pall dominated the pitch as she had 2 goals and an assist to earn MVP honors and lead the West All-Stars to a 4-0 win over the East at Estes Stadium. Cossatot River’s Denise Ruiz also scored a goal off of a Pall assist in the win.

The East Volleyball All-Stars continued their dominance as they defeated the West 4-1 in five sets at the Farris Center on Friday. The East took the first set 25-22, dropped the second set 15-25, and closed out the match taking the final three sets 25-20, 25-22 and 15-13. Lacie Bohannan of Benton was named the Outstanding Player for the East and Caylan Koons of Springdale Har-Ber was named the Outstanding Player for the West. Jalie Tritt of Episcopal Collegiate was named the Most Valuable Player.

Bryant’s Parris Atkins showed why she is headed to the University of Central Arkansas in the fall, as she scored 20 points to help lead the East All-Stars past the West 81-77 while also earning Most Valuable Player honors. Lake Hamilton’s Hayleigh Wyrick was named the West’s Most Outstanding Player and scored a game-high 22 points. Jacksonville’s Da’karya Jackson, the East’s Most Outstanding Player, chipped in 11 points in the win.

Jesse Washington of Jonesboro dominated the Boys’ All-Star Basketball game scoring 23 points on 8-of-15 shooting from the field to pace the East to a 87-75 victory. UCA commit Cameron Wallace of Little Rock Parkview finished the night with 17 points and 5 boards. Elkins’ Aidan Underdown was named Most Outstanding Player for the West, scoring 14 points and pulling down 8 rebounds. Washington, who is headed to Arkansas State in the fall, was named the game’s Most Valuable Player.