According to sources close to the case, when President Trump’s former personal attorney Michael Cohen takes the stand before a congressional committee on Wednesday, he will for the first time publicly accuse President Donald Trump of potentially committing a crime while in office.

According to the source, the accusation is related to Trump’s alleged repayment of money to Cohen for a hush money deal with Stormy Daniels, the adult film actress and director who claims to have had an affair with Trump. Trump has denied Daniels’ claim but has admitted to the reimbursement. Cohen will also provide the House of Representatives’ Committee on Oversight and Reform with detailed documents that will show the president allegedly inflated and deflated his assets and net worth for personal and professional purposes, including to reduce property taxes. He also plans to share personal anecdotes and eyewitness accounts about Trump, including alleged instances of racism, lying and cheating.

Cohen is additionally expected to explain his motivation for previously lying to Congress in 2017 in order to protect Trump. 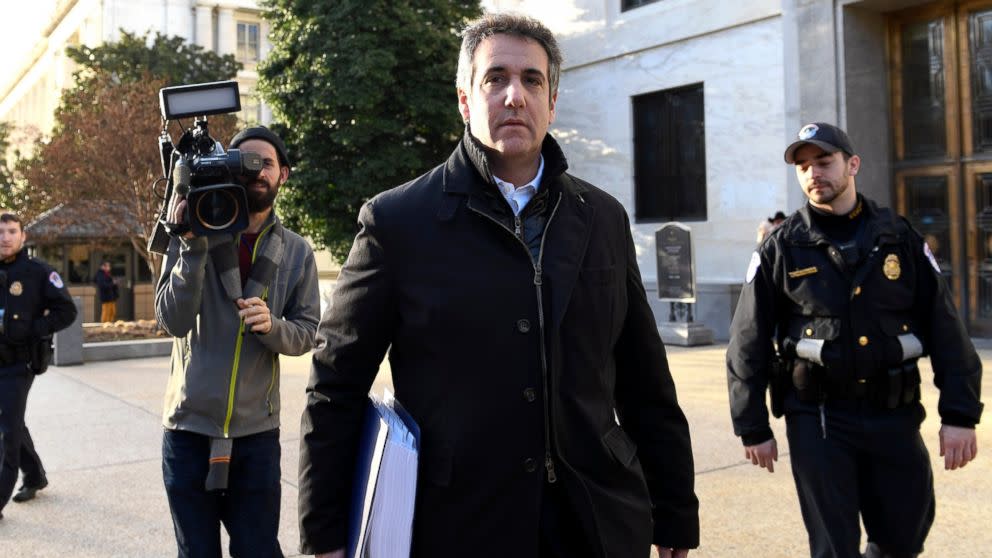 Michael Cohen to testify in House that Trump potentially committed crime while in office, sources say

Via www.yahoo.com
Michael Cohen to testify in House that Trump potentially committed crime while in office,…
02/26/2019 8:58 AM