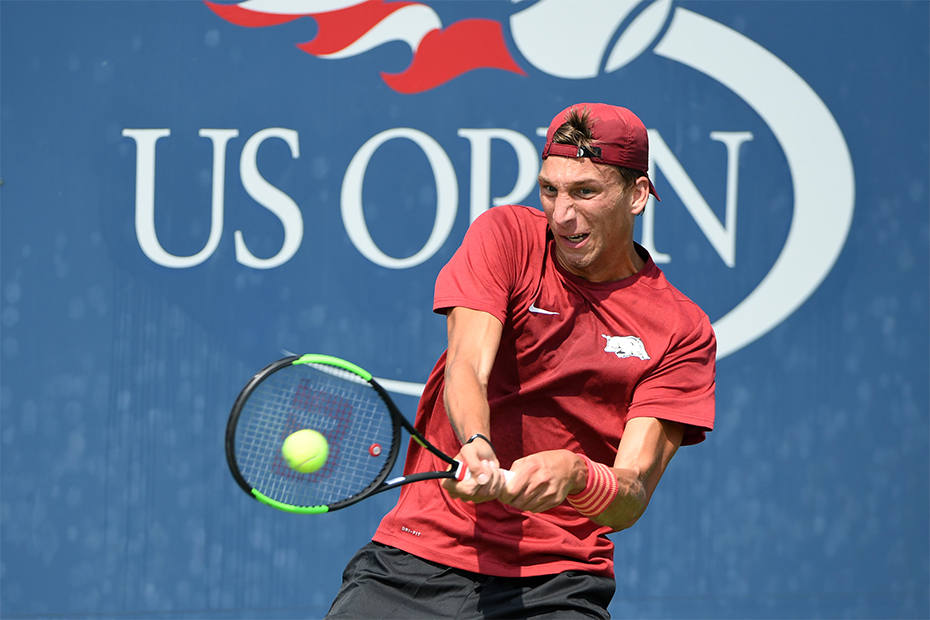 Former Razorback Mike Redlicki will represent the United States of America as one of six at the Pan American Games in Lima, Peru beginning July 29.

Redlicki is one of the more decorated Razorbacks in recent memory, earning All-American status in 2017 as a singles and doubles player while finishing the year No. 12 in the final ITCA/ITA rankings. He won the 2016 indoor ITA national championship and finished that season ranked 25th in the final ITCA/ITA rankings. He was a first-team All-SEC selection in 2016 and 2017 before moving on to a pro career. He is ranked No. 327 in singles in the world.

He will be joined by Usue Arconada, Caroline Dolehide, Alexa Graham, Kevin King and Sam Riffice on Team USA.

The Pan American Games are a summer sports competition for countries in North, South and Central America held every four years in the year prior to the Olympic Games. The Games will feature men’s and women’s singles and doubles and mixed doubles competition on the red clay courts of Lima’s Lawn Tennis Club. More than 6,000 athletes from 41 countries are expected to compete across 36 sports in this year’s Games.