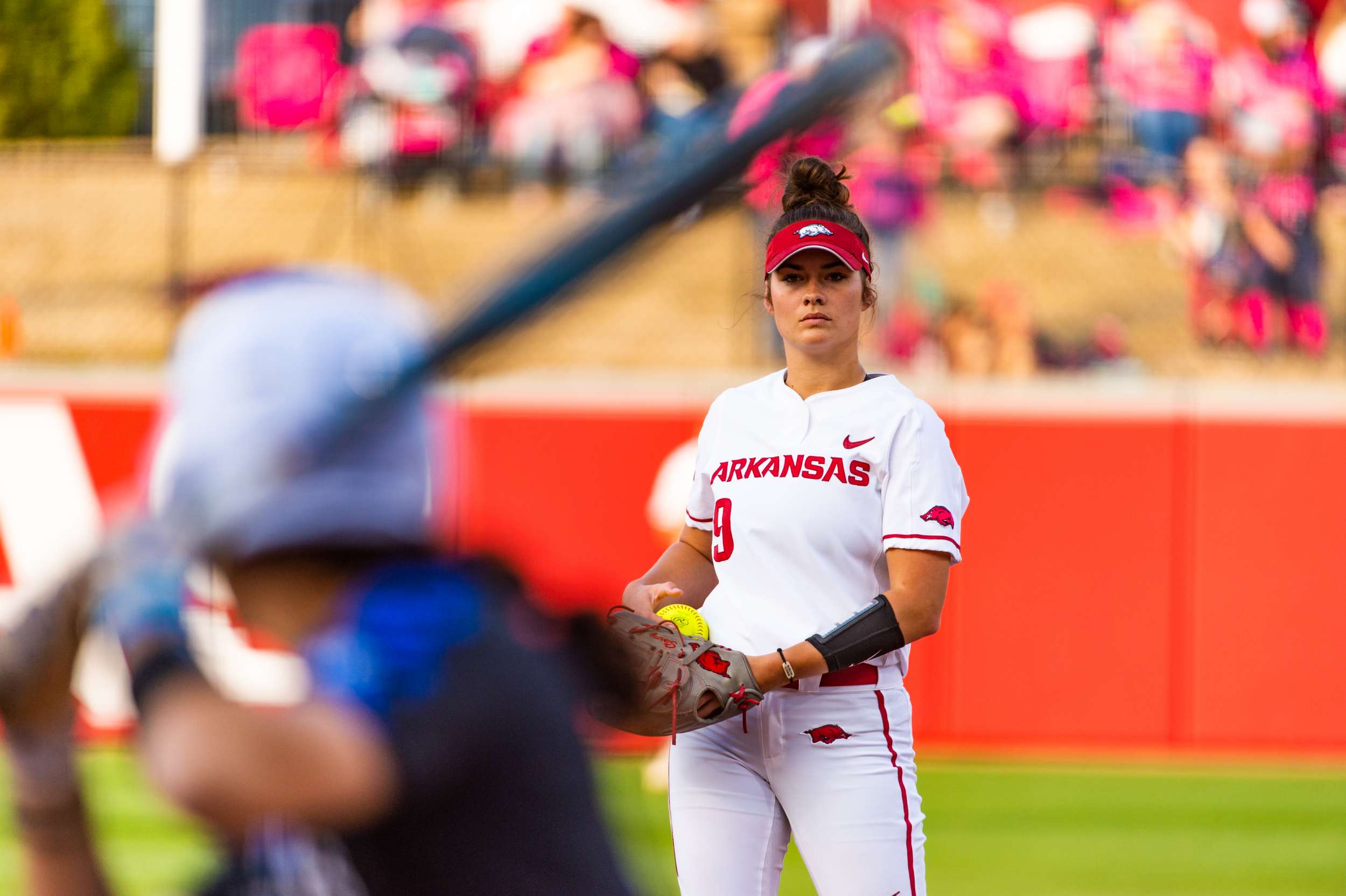 The SEC hits leader, McEwen earned second-team honors as one of the most consistent hitters in the league. She leads the Razorbacks in batting average, on base percentage, runs scored and hits and ranks third in the SEC four toughest to strikeout and fifth for overall batting average.

Diaz has been as hot as the come the past few weeks, leading the team in RBI and recording career-high seasons for batting average, on base percentage, slugging percentage, hits, doubles and RBI. Her senior season resume is impressive, and includes a game-winning grand slam against No.16 South Carolina to help Arkansas secure the series win earlier this season.

Third-team selections Haff and Gibson are key parts of Arkansas’ success this season. Gibson made history when she tied the SEC record for home runs in a game (four), when she became just the second softball player to hit for the home run cycle and the first to do it in four innings. Her performance made her only the third player in the SEC to ever record 10 RBI in a game.

Haff is tied for 22nd on the NCAA Career-Shutout list among active student-athletes. She stands as one of only three sophomores and only one of two SEC pitchers on the list. Her five saves in 2019 also put her among the best this season, ranking 12th in Division I.

Arkansas’ five honorees will take the field with their teammates tonight (May 16) at 5:00 pm (CT), when they face Tulsa in the first round of the Stillwater Regional at Cowgirl Stadium.

Razorbacks Set For Rematch With Tulsa At Stillwater Regional

The Southeastern Conference paced all leagues with 40 honorees, while the Pac-12 and Big 10 were right on its heels with 38 and 37, respectively.

The NFCA announced that 392 student-athletes from 163 programs have received 2019 NFCA Division I All-Region accolades. The awards honor softball student-athletes from the Association’s 10 regions with first, second and third-team selections. NFCA member coaches from each respective region voted on the teams, and all the honorees now become eligible for the 2019 NFCA Division I All-America squads.