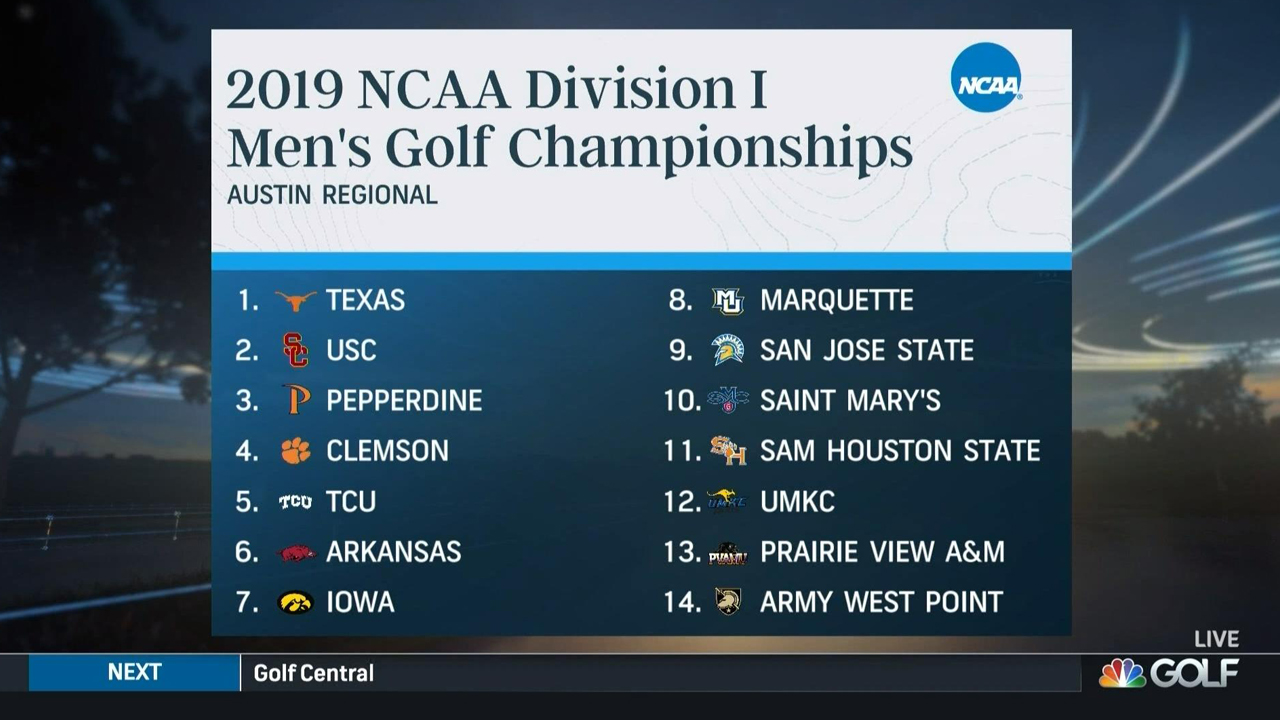 FAYETTEVILLE – The Arkansas men’s golf team was selected to play in the NCAA Austin Regional, played May 13-15 at the University of Texas Golf Club and Academy. Should the Razorbacks finish among the top five at the Regional, they will advance to the NCAA Championship which will be hosted by Arkansas at Blessings Golf Club.

This is the 12th consecutive year and 26th time since its inception in 1989 the Razorbacks will be playing in an NCAA Regional.

Arkansas is coming off its first SEC Championship since 1995 and will be the sixth seed at the Austin Regional. The rest of the Austin Regional includes Texas, USC, Pepperdine, Clemson, TCU, Iowa, Marquette, San Jose State, Saint Mary’s, Sam Houston State, UMKC, Prairie View and Army.

Head coach Brad McMakin has led Arkansas to four NCAA Regional runner-up finishes and has advanced to the NCAA in six of the last 11 years. Also, in 2017, Arkansas did not advance as a team, but then freshman Mason Overstreet advanced from a Regional and finished as the NCAA runner-up.

Arkansas returns four golfers from last year’s team, which placed fourth at the Norman Regional to advance to the NCAA Championship, where they finished 12th. Among the returners are juniors William Buhl, Luis Garza, Tyson Reeder and Overstreet. The newcomer to the group is freshman Julian Perico, who leads the team with a 71.46 scoring average and replaces 2018 graduate Alvaro Ortiz.

The low five teams and low individual not on those teams from each regional advance to the finals at Blessings Golf Club in Fayetteville, Arkansas May 24-29.

NCAA Golf Championships
The University of Arkansas and Blessings Golf Club are the proud hosts of the 2019 NCAA Women’s and Men’s National Championships. Admission and parking for the entire two weeks will be free, courtesy of Tyson Foods and the Tyson Family Foundation.

The women’s event begins May 17 and is immediately followed by the men’s championship beginning May 24. For more information or to volunteer for the event, log on to www.NCAAGolf19.com.