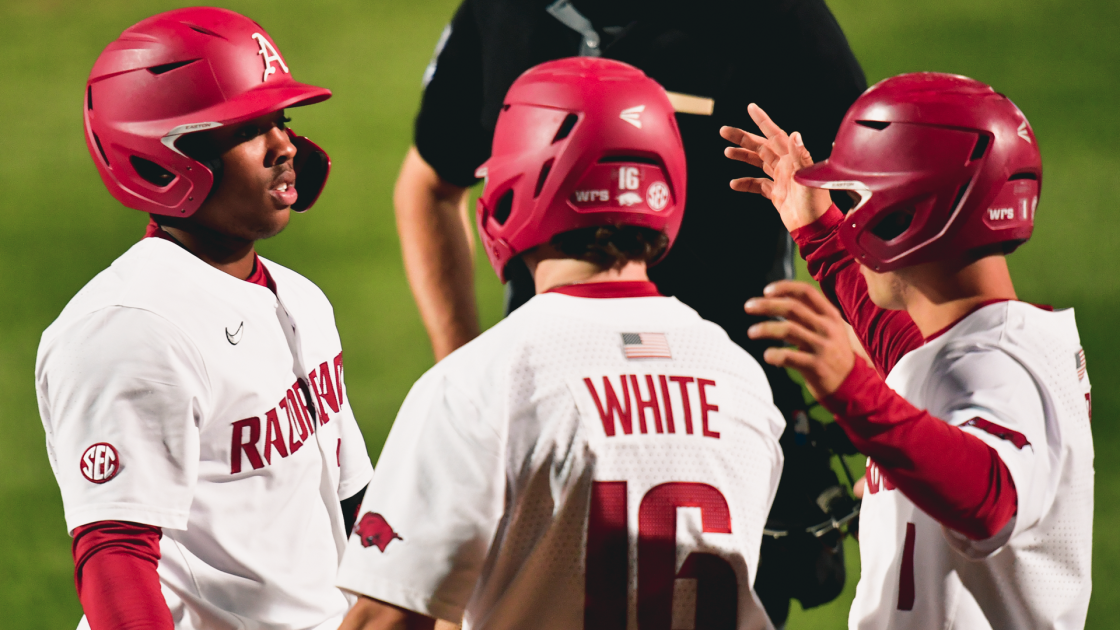 The outfielder finished a triple shy of the cycle, recording three hits and driving in a career-best six runs to lift Arkansas to a 12-4 win against UA Pine Bluff Tuesday night at Baum-Walker Stadium. The Hogs improve to 27-5 overall with their fourth victory of the season against an in-state opponent.

The consensus preseason All-American saved the best for his last at-bat of the evening, crushing a pitch over the wall in right in the bottom half of the eighth. Franklin’s three-run blast was his team-leading ninth of the year as his fourth, fifth and sixth RBI of the night put Arkansas ahead, 12-4.

Franklin’s big bat backed up a strong pitching performance from starter Caleb Bolden. The righty struck out a career-best nine in five innings of work while limiting UAPB to one run on seven hits and a walk.

Zack Morris, the first reliever out of the bullpen, dazzled as well, striking out four in two hitless frames. Gabe Starks and Heston Tole teamed up to pitch the final two innings, combining for five strikeouts en route to locking down the win.

Offensively, Brady Slavens and Jacob Nesbit also chipped in with productive nights. Slavens drove in two runs by way of two sacrifice flies, and Nesbit racked up his third multi-hit ballgame of the season.

Arkansas closes out its two-game midweek series against UAPB tomorrow night. First pitch in Wednesday’s contest is set for 4 p.m. on SEC Network+.