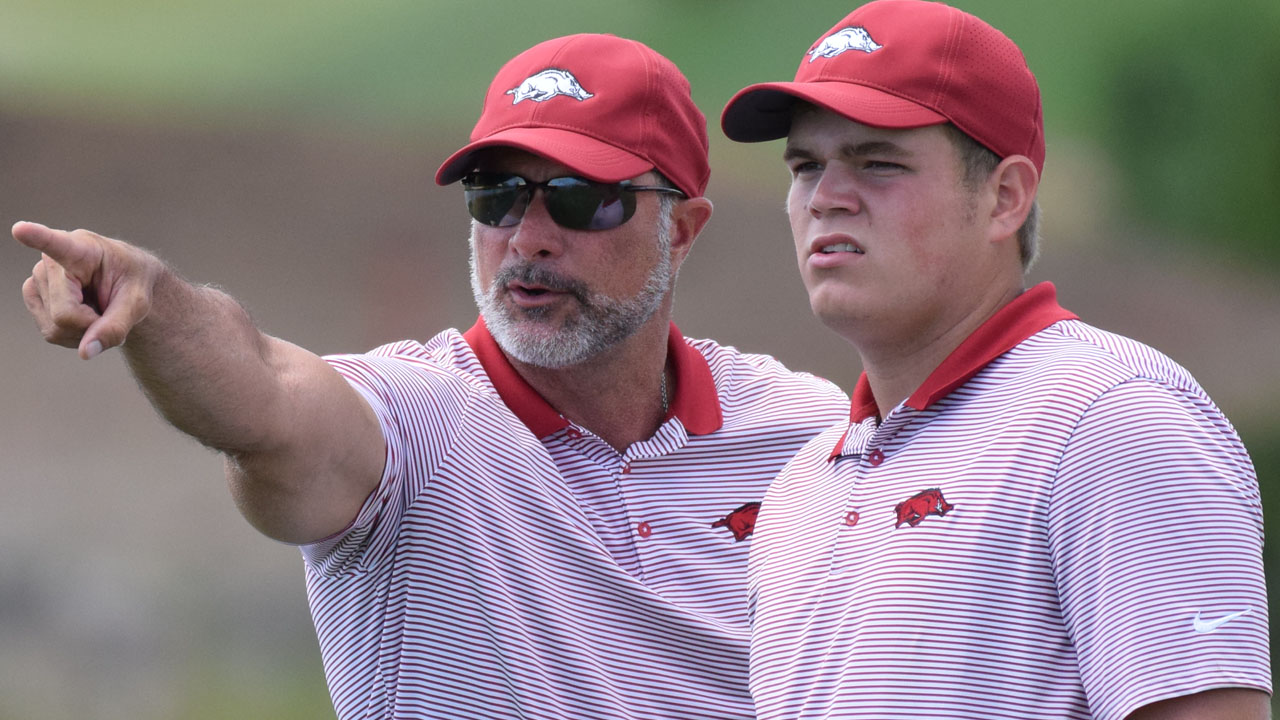 FAYETTEVILLE – The #37 Arkansas men’s golf program will be in St. Simons Island, Ga., to compete in the 2019 SEC Championships. This is the 19th consecutive year the Championships have been held at Sea Island Golf Club and it will mark the 17th year at the Seaside Course (par 70, 7,005 yards). The Championships begin Wednesday (Aril 24) and conclude Sunday (April 28).

For the third year, the SEC will incorporate both stroke play and match play to determine the team champion. After three rounds of stroke play (18 holes each day), an individual champion will be crowned, and the top eight teams will advance to match play. The match play quarterfinals Saturday morning (April 27) and semifinals that afternoon will be on SEC Network+ from 3:30-6 pm (CT). The championship match will be Sunday (April 28) and will be televised live on the SEC Network starting at 6:30 am (CT).

Arkansas used a strong finish over its final nine holes last season to vault into a tie for fourth and advance to match play. The Razorbacks lost 3-2-0 to Auburn in the quarterfinals. Overall, Arkansas has finished among the top five on five occasions over the last 10 years, including a runner-up finish in 2009 and a tie for third in 2016.

Arkansas will be sending four of its five players from last year’s championships to this year’s tournament, including juniors Tyson Reeder, Mason Overstreet, William Buhl and Luiz Garza. The only new player will be freshman Julian Perico, who fills the void vacated by 2018 graduate Alvaro Ortiz.

All five Razorbacks have won tournaments in their career. Buhl, Perico and Reeder each have won this season while Overstreet and Garza each won events last season. The quintet has combined to shoot rounds of par or better 66 times this season and all have a stroke average below 74: Perico (71.69), Overstreet (71.79), Buhl (72.06), Reeder (72.44) and Garza (73.25).