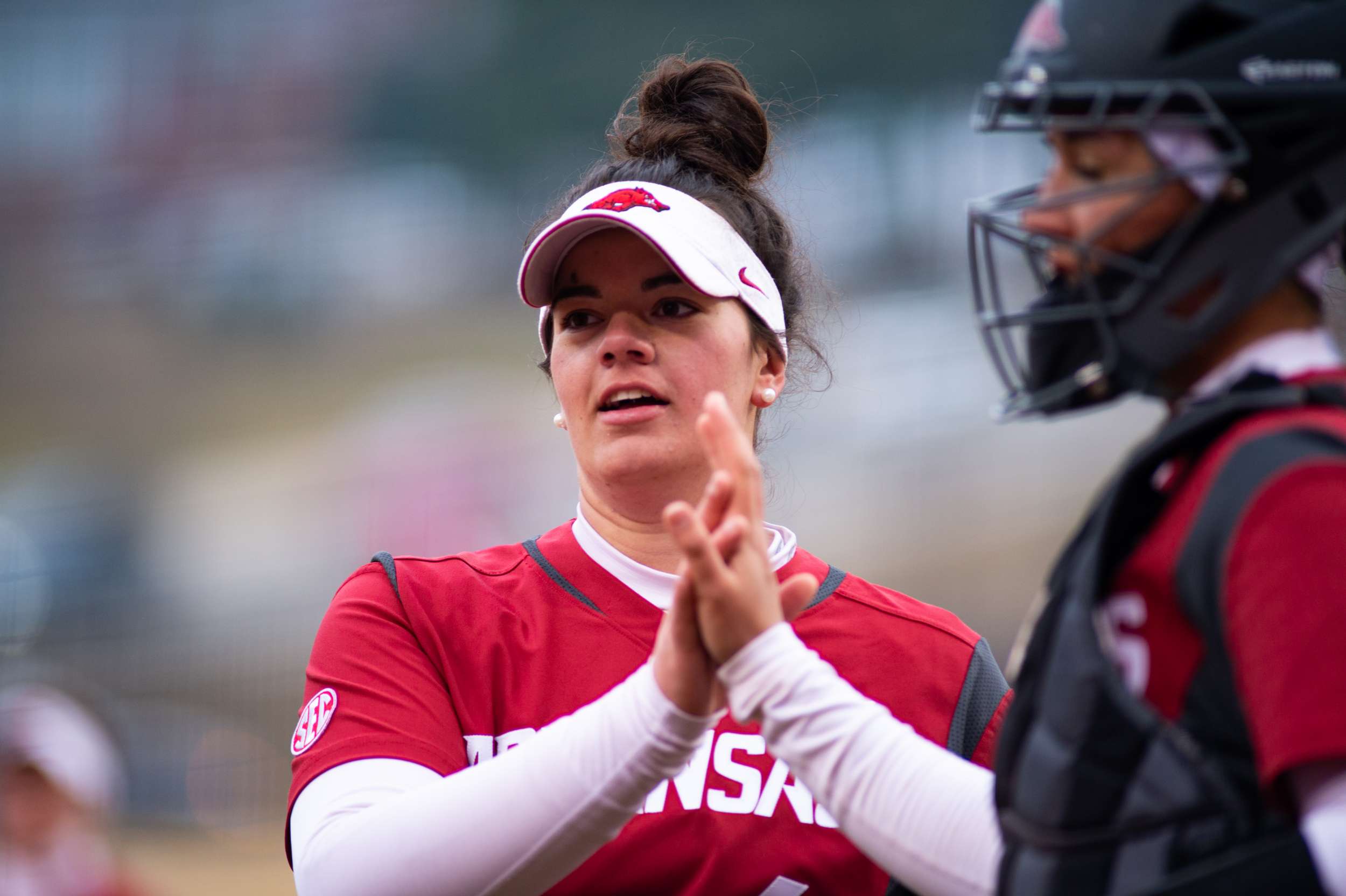 Arkansas (26-11) recorded only three hits in the win, off the bats of sophomore Kayla Green, junior Sydney Parr, and senior Ashley Diaz. It would be Green and senior Haydi Bugarin who scored for the Hogs today, as they both moved into scoring position with Parr’s base-hit to Missouri State’s shortstop.

Now with the bases loaded, sophomore Nicole Duncan went nine pitches before delivering a hard-hit ground ball to the left side. Missouri State’s shortstop would field the ball off the third baseman’s glove and attempt to catch Green at home, but the throw went high, giving Green and Bugarin the opportunity to cross the plate safely.

Storms pitched four successful innings for the Hogs, facing 20 batters and striking out four while giving up no free bases. Haff relieved Storms in the fifth inning and retired nine of the 11 batters she faced, working her way to her fourth save of the season and sixth of her career.

Missouri State (20-13) scored its only run in the bottom of the fifth inning after back-to-back base hits put leadoff hitter Kyana Mason on third. Mason scored on the next play as teammate Darby Joerling was thrown out at first.

The Razorbacks are now 21-19 all-time against the Bears, winning eight of their last ten meetings.

The Razorbacks will head south to Gainesville, where they will continue their four-game road stint with a three-game series with Florida starting Friday (April 5) at 5:00 pm (CT).