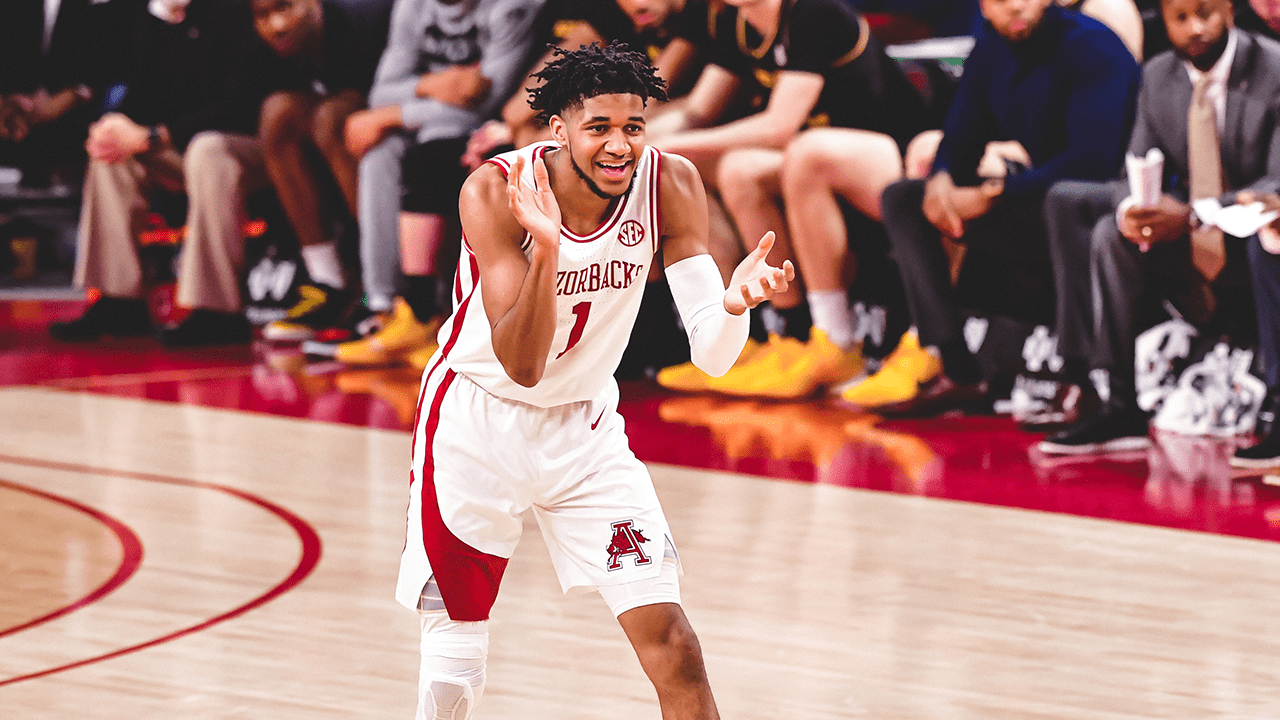 FAYETTEVILLE – Isaiah Joe made five 3-pointers and scored a game-high 21 points in his first game back in the lineup, after missing the last five due to injury, to lead Arkansas to a 78-68 victory over Missouri Saturday afternoon.

Joe, 1 of 10 finalists for the Jerry West Award, had missed the TCU game (Jan. 25) due to a right knee injury then had surgery Feb. 4 forcing him to miss the last five games. He was 5-of-10 from 3-point range, including a trey with 1:10 left to help seal the win, in his return while adding three rebounds and three assists.

Joe did not score until making two free throws at the 9:15 mark of the first half and his first triple did not come until 6:05. However, he caught fire, making a 3-pointer with 1:27 left to give Arkansas its first lead, 33-31 – a lead the Hogs would not surrender the rest of the way. Joe scored 10 first-half points to help the Razorbacks go on a 12-2 run to end the first half and lead 35-33.

As important to the win for Arkansas were the clutch 3-pointers made by Sills down the stretch. The sophomore scored 14 second-half points, including three triples inside the final 7:45. The first two came with Arkansas clinging to a 2-point lead and the last came with 1:33 left to put the Hogs up eight.

However, the Tigers fought back to trail by three with 1:17 remaining. Seven seconds later, Joe sank a 3-pointer to go back up six. Mason Jones was 4-of-4 from the free throw line to close the game for the 10-point victory (78-68).

Sills finished with an SEC career-high 17 points, draining 4-of-6 from 3-point range. Jones, the SEC’s leading scorer and NCAA leader in free throws, was 7-of-8 from the line in scoring 12 points. He led the team with eight rebounds and four assists.

No. 7 Razorbacks Battle To Series-Opening Win Over Zags