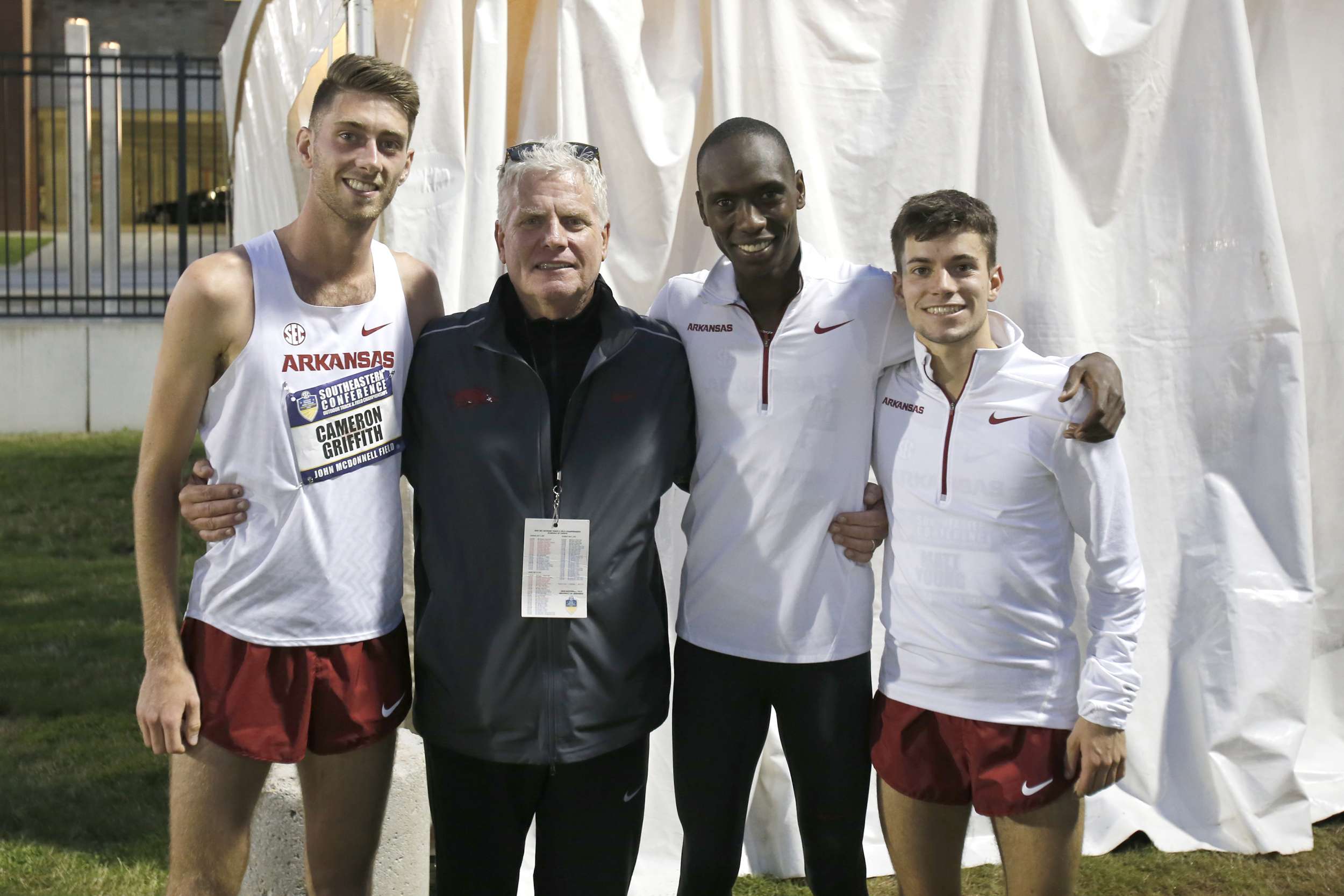 FAYETTEVILLE, Ark. – With all eyes focused on the NCAA Championships, the No. 24 Arkansas men’s track & field team will head to Sacramento, Calif. next weekend with a plane full of Hogs entered in the NCAA West Preliminary meet slated to run May 23-25 at Hornet Stadium hosted by Sacramento State University.

The NCAA West Preliminary meet is one of two regional events, which serve as the first round of the NCAA Outdoor Championships. Athletes gain entry into the competition by having one of the top-48 best marks of the region (East or West) in their respective events. In order to advance to the final round in Austin, Texas an athlete must finish among the top-12 best (per region) in their respective events.

Razorback Entries
Arkansas will make the cross country trek to the 2019 NCAA West Prelims with 28 entries (in 16 of 21 events).

Relay Royalty
In the current regional format that began in 2010, Arkansas is one of only three programs that have advanced a 4×100-meter relay and 4×400-meter relay to the prelim every year. The other schools who have accomplished the feat are Florida and LSU. Arkansas is on the only school in the West Region to have both a 4×100 and 4×400 qualify to the NCAA Prelims every year of regional format.

Four Events with Three Hogs
At the West prelims, four out of the 16 events in which Arkansas has entries will feature three Razorbacks on the line. Head coach Chris Bucknam’s crew boasts tremendous depth in the 100-meters, 5,000-meters, 10,000-meters, and the 110-meter hurdles.

Decathlon (Through to NCAA’s in Austin)
Gabe Moore